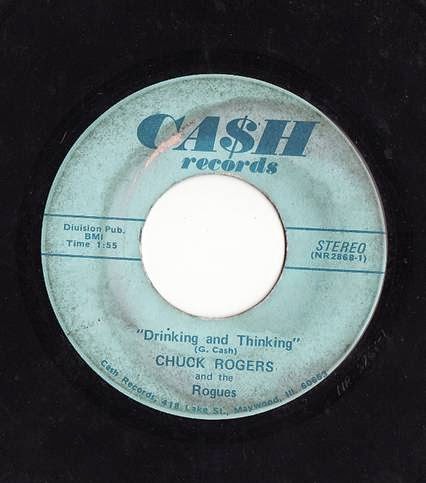 Our multifaceted typo of the day is very clearly food for thought—or maybe even drink for drought. Other words it could be intended for include through, throughout, and though. For this reason, along with the fact that those are all relatively common words, a great many hits were received for Throught* the last time we thought to check. There are plenty of things you can do while drinking (winking, blinking, clinking, and stinking, to name but a few), though one of the best, easiest, and most time-honored among them is thinking. And perhaps best of all is doing it in a friendly bar, with a great jukebox, and a corny country & western song to listen to at the same time. Roger Miller, author of the honky-tonk tune "Drinking and Thinking," had a hardscrabble upbringing in Oklahoma during the Depression, and gradually drifted into music. He was once fired (no pun intended) from his job as a fireman, during which time he was called to exactly two emergencies: one in a "chicken coop" and another one he "slept through." Try not to sleep through our typo for the day, which turned up 216 times in OhioLINK, and came back "too many records found for your search" in WorldCat.
(Drinking and Thinking, by Chuck Rogers and the Rogues, aka Roger Miller, CA$H Records, date unknown, from Wikimedia Commons.)