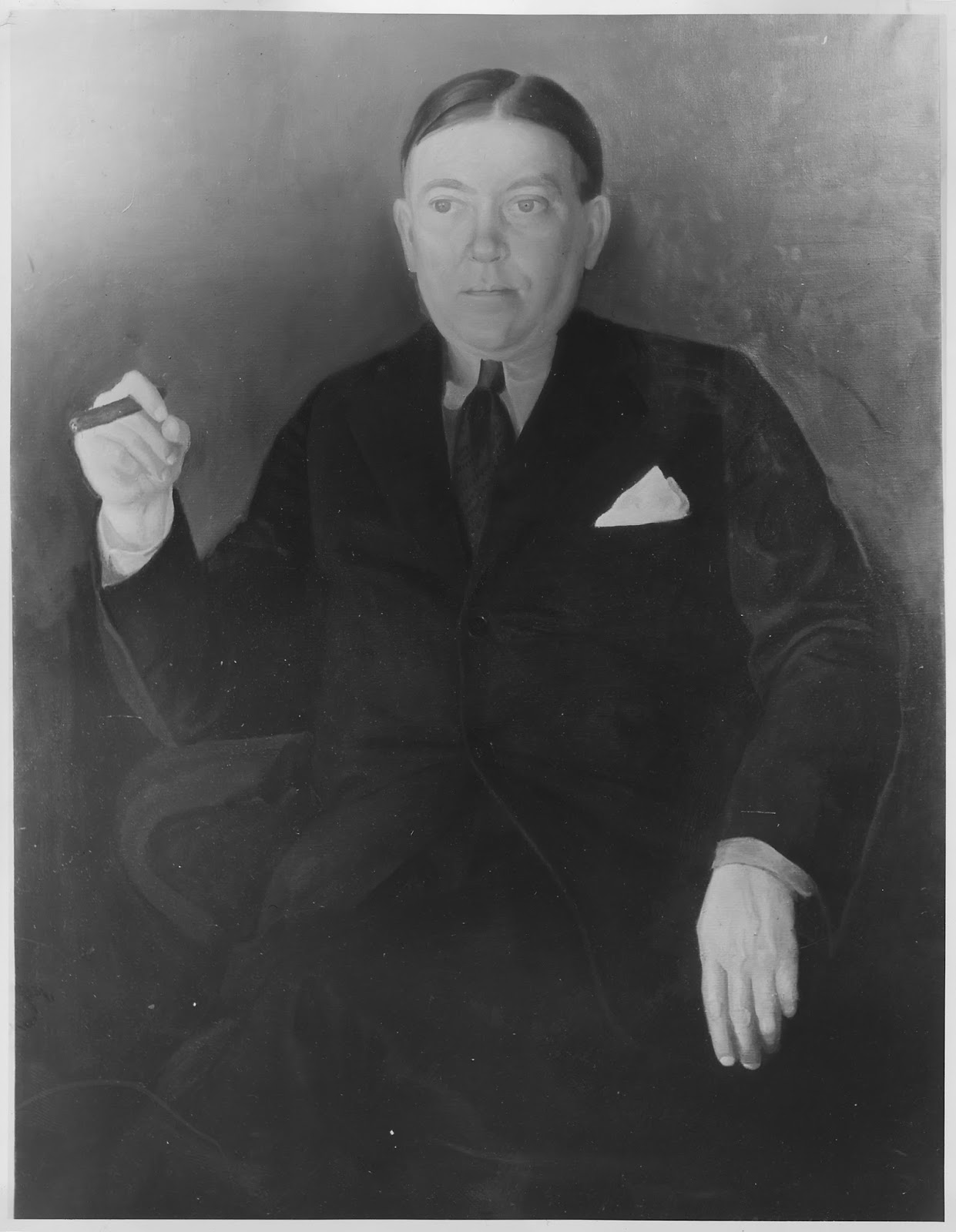 Henry Louis Mencken was born on September 12, 1880. Known as the "Sage of Baltimore," Mencken was a "an American journalist, essayist, magazine editor, critic of American life and culture, and scholar of American English," according to his obituary in Variety on February 1, 1956. H. L. Mencken wrote The American Language, a multi-volume study of American argot and slang, in 1919. He coined the phrase "Scopes Monkey Trial" while satirically reporting on the famous 1925 Tennesee court case. His blunt, curmudgeonly approach is well-captured in "Libido for the Ugly," an essay about the urban blight of Pittsburgh and western Pennsylvania, in which he curtly concludes: "Out of the melting pot emerges a race which hates beauty." In surprising contrast, his memoir Happy Days, 1880-1892 is a fond look back at his early life growing up in Baltimore. One such childhood memory was the reading of Huckleberry Finn at the age of nine, which he later called ""the most stupendous event in my life" (and by which he apparently meant his entire life, not just the first decade). Treatise of the Gods (1930), a survey of the history and philosophy of religion, was Mencken's personal favorite, which he called "my best book, and by far." Mencken was not above perpetrating silly literary pranks either, such as the "Bathtub Hoax," a completely fictitious history of the bathtub, published on December 28, 1917, in the New York Evening Mail. In 1949, he wrote: "The success of this idle hoax, done in time of war, when more serious writing was impossible, vastly astonished me. It was taken gravely by a great many other newspapers, and presently made its way into medical literature and into standard reference books. It had, of course, no truth in it whatsoever, and I more than once confessed publicly that it was only a jocosity..." On a more somber note, Mencken was a fan of Friedrich Nietzsche and not exactly one of the Jewish people, although his views on the latter appear to have "evolved with time," says Wikipedia. After once having written that "the Jews could be put down very plausibly as the most unpleasant race ever heard of," he was later defended by Gore Vidal, who argued: "Far from being an anti-Semite, Mencken was one of the first journalists to denounce the persecution of the Jews in Germany at a time when the New York Times, say, was notoriously reticent..." Mencken was similarly ambiguous, if not downright ambivalent, about the fairer sex (a term I employ ironically, although I've always liked it for its own ambiguity, the word fair, of course, meaning both comely and justice-minded), as shown in the book In Defense of Women. His biographer, Fred Hobson, wrote: "Depending on the position of the reader, he was either a great defender of women's rights or, as a critic labelled him in 1916, 'the greatest misogynist since Schopenhauer,' 'the country's high-priest of woman-haters.'" He also inveighed against "Christian Science, social stigma, fakery, Christian radicalism, religious belief, osteopathy, anti-evolutionism, chiropractic, and the 'Booboisie,' his word for the ignorant middle classes." The Arkansas legislature once passed a motion to pray for H. L. Mencken's soul after he had referred to the state as the "apex of moronia." Despite his well-known opposition to marriage, votes for women, certain aspects of the American South, and the very idea of religion—Mencken himeself married a suffragist, from Alabama, in a church, and on a "hunch." There were seven cases of Baltmore (for Baltimore) in OhioLINK today, and 76 in WorldCat.
(Portrait of H.L. Mencken, by Oliver Richard Reid, courtesy of Wikimedia Commons.)