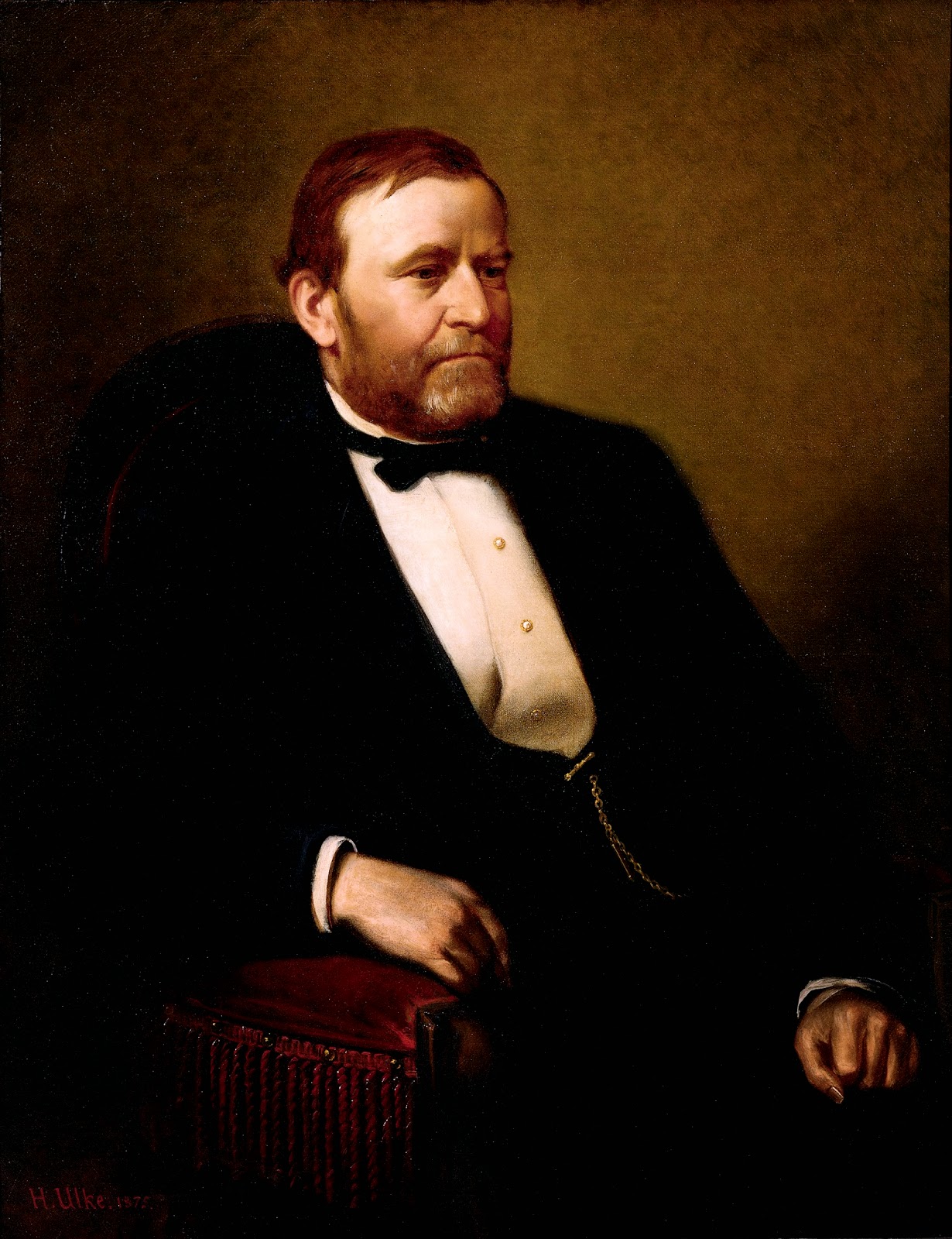 Ulysses S. Grant was born 130 years ago today, but that wasn't his given name at birth. Rather, it was "Hiram Ulysses Grant," which unfortunately made his initials spell the word HUG, a fact of which the sensitive boy was apparently well aware. Not wanting to attract the odd joke or nickname, I suppose, and especially given the fact that he was only 5'1" and 120 pounds when he enrolled at West Point at the age of seventeen (Grant was generally considered somewhat prim and rather effeminate; one biographer even suggested he was "almost half-woman"!), he tried switching his first and middle names around, calling himself "Ulysses Hiram Grant." But the congressman who had appointed him to the military academy (which he had zero interest in attending, but also greatly feared flunking out of) assumed that his middle name must have been "Simpson" (his mother's maiden name) and "Ulysses S. Grant" it became. He tried telling people that the S "stood for nothing," although "U.S." really isn't such a bad beginning for a man who would someday be president. Grant's schoolmates started calling him "Uncle Sam" and after a while shortened it simply to "Sam." In addition to his other many accomplishments, Grant popularized (along with James Joyce) the Homeric Greek hero Ulysses, along perhaps with Uncle Sam, the personified symbol of the United States, who had also had his origins in upstate New York. People have struggled with the name Ulysses both before and after Grant, it seems, and today there were eight examples of this typo in OhioLINK, and 123 in WorldCat.