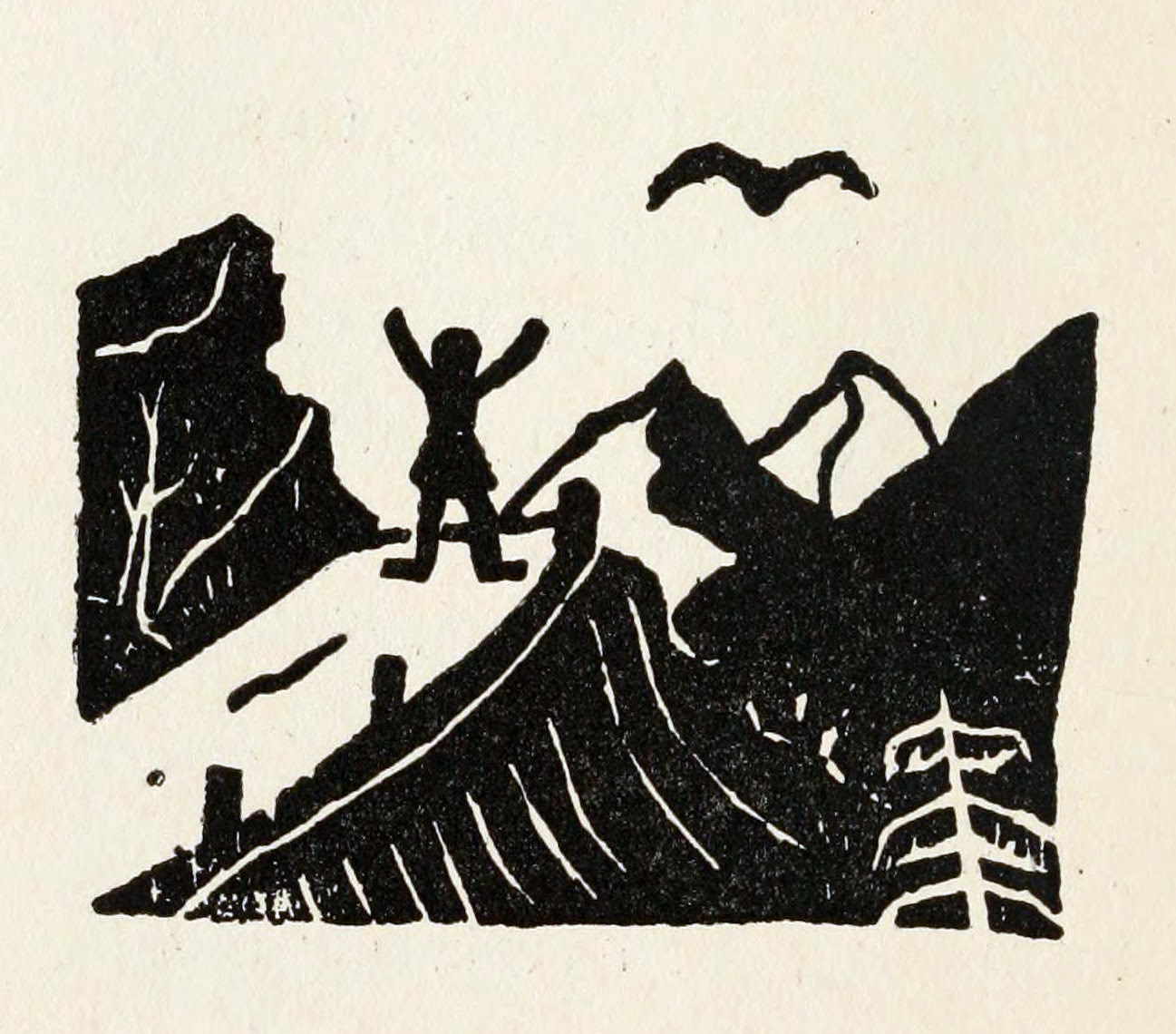 Gazetter? I hardly know 'er! The woodcut shown to the left was created by Robert Lewis Stevenson for the 1921 edition of his book Moral Emblems and Other Poems. It's titled "Broad-Gazing on Untrodden Lands." While that gerund is not really one you hear too much anymore, the hyphen it provides was perhaps as helpful to the reader then as it would be today. I can't find a dictionary entry for it, but I would assume it's akin to broadcasting or broadsiding. When it comes to broad being another word for woman, it apparently comes from the queen in a deck of cards (which were also known as a "broad") or the idea of a prostitute as her pimp's "meal ticket" (that being an allusion to other types of tickets, which were also compared to playing cards). We're told that "the general sense of broad meaning a woman" was first seen in the September 1911 issue of Hampton’s Magazine: "Pretty soon what is technically known as a 'broad'—'broad' being the latest New Yorkese—hove into sight." While gazing broadly at a document waiting to be cataloged recently, I noticed that the word gazetteer in the title had been misspelled "gazetter." I thought we had covered all the likely typos for this word already, but it turns out we hadn't included this one. So it's high time we get all of our E's and T's in place here, and in just the right order, like any good gazetteer would. It may help you to remember this spelling by thinking first of the word Gazette, one you often see in newspaper names. Add "er." Sound it out. And then just get zen and realize it's only got one Z. This one occurs 54 times in OhioLINK, and 1157 times in WorldCat. Some of these might appear on the work itself, so be sure to check there if the typo is in a transcribed field.
(This woodcut was made by Robert Lewis Stevenson in 1881 during his stay in Davos, Switzerland, with his wife Fanny and her twelve year-old son, Lloyd Osbourne, to illustrate Moral Emblems. Ninety copies were printed by Lloyd Osbourne on a toy printing press and sold at six pence each. Courtesy of Wikimedia Commons.)