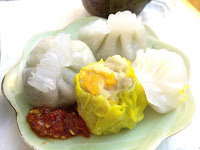 Calvin Trillin came under fire last week for a little poem he had published in the New Yorker. Trillin has been writing spoofy doggerel "since before God was a child," according to one online comment, but it seemed as if many of his critics had never heard of him before. And some of them were quick to accuse him of cultural appropriation and flat-out xenophobia. Trillin's liberal bona fides would appear to be in perfect order, though. He has been covering issues of racism and progressive causes since the early 1960s, and been writing for the utterly left-wing Nation on a regular basis for nearly just as long. Trillin is also a heralded food and travel writer and is generally considered a humorist. The offending poem was titled "Have They Run Out of Provinces Yet?" It's a send-up of anxious hipster foodies (who have always managed to exist in one form or another, it seems) with a somewhat retro finish, in which the aging narrator bemoans the seemingly endless proliferation of Chinese cuisine. The politically correct Twitterverse was apparently triggered by Trillin's use of such tacitly tactless terms as tension, fears, stress, and threat. (In his defense, the author notes that some years back he had penned a similar morsel, "What Happened to Brie and Chablis?" "It was not," he pointed out, "a put-down of the French.") Jezebel strikes just the right note in its parody composition, which pokes gentle fun at both Trillin and his detractors. Some shied away from harsher, more ad hominem critiques, settling for just calling it a "bad poem" or "bad satire," citing "technical flaws," "gracelessness," "stumbling meter," and "silly rhymes." (Matter of opinion. Don't see them. Working within constraints of the form. Um, no. But of course!) A careful reader further demurred: "I have a bit of a bone to pick with the article. It isn't okay for the meter and rhyme of doggerel to be slack or inconsistent. The point of doggerel is that it uses very tight meter and precise rhyme to take on trivial or ridiculous subjects..." It's a tasty tempest in a millennial teapot, but I'm starting to get a little hungry again. Anybody interested in Chinese? We uncovered five cases of Porvinc* (for provinc*) in OhioLINK today, and 176 in WorldCat.