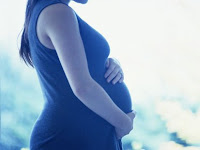 Don’t be embarrassed if you forget the second R in embarrass – you’re in good company. Embaras* is a moderate probability typo on the Ballard List that occurs over 700 times in WorldCat. This includes errors in French – the verb embarrasser (to embarrass, or to clutter up) also has two Rs in the middle. But keep an eye out for other languages in which the single R may be correct. Embarassada, for example, means pregnant in Catalan, the official language of Andorra – which coincidentally also has two Rs.