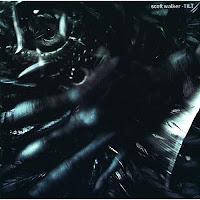 An enthusiastic typo spotter handed me this doozy, from an article (since corrected) about the Wisconsin governor, Scott Walker, on a virtual silver platter this morning: Enthurasatic. (See typo in all its contextual glory prior to correction.) Initially ecstatic, I grew nearly neurasthenic, even euthanastic, by the time I had tried truncating it, sprinkling various wild cards into it, and eventually just searching out other possible typos for enthus* in the usual databases. Nothing. Until I finally hit on Ethusi*: one in OhioLINK and 29 in WorldCat. Like the voters of Wisconsin who were trying to get rid of their union-busting governor, I had done my level best, but to little or no avail. So it's not the greatest typo in the world, just like Walker isn't the greatest governor, but this does afford me the opportunity to tell you about another Scott Walker, one of the most amazing composers you've probably never heard of. An American singer-songwriter who became a citizen of the U.K. in 1970, Scott Walker began his career as a member of the Walker Brothers, but went on to do a wide range of original solo work. He's the fascinating subject of a 2006 documentary entitled Scott Walker: 30 Century Man. In his song "The Cockfighter," he writes: "... I have a greenlight for fifty thousand / It was the month of July / We had more in or going out / You were responsible for rolling stock / I can only repeat / I never saw him in bed..." It's almost as if he were presaging the other Scott Walker, whose backers threw a boatload of money (with some dirty tricks) into a campaign to tilt the election and defeat his constituent malcontents. At any rate, let's try and muster some enthusiasm to defeat our typo for the day, which is a "low probability" one on the Ballard list, but one that still richly deserves to be recalled.