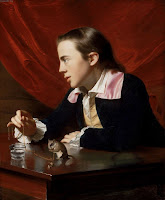 The Pocket Squirrel! It sounds like a brand-new gizmo from Ronco, not available in stores, but it's really another name for a certain type of flying squirrel: a diminutive, gentle, and faithful pet, according to those who house and feed them. (Along with carefully carrying them around in their pockets for at least three hours a day to ensure maximum "bonding.") Flying squirrels come in 44 varieties and a wide range of sizes. There are at least eight kinds of "giant flying squirrels" in existence, from India to China, Japan to Bhutan. Some bear monikers as faintly distressing as the "hairy-footed flying squirrel" and the "complex-toothed flying squirrel." Bullwinkle's begoggled pal Rocky was a flying squirrel. I have a friend whose father used to find these adorable rodents outside and employ them as surprising little Jack-in-the-pockets among his joking buddies. It's probably a bit safer nowadays to get one online, but the romantic notion of domesticating a "wild" animal is surely universal. These little guys don't actually fly, I should add, but rather glide, right into many people's hearts... Hey, is that a Glaucomys volans in your pocket? Or have you just not met the right squirrel yet? (Today's tiny typo pops up three or four times in OhioLINK, and 106 times in WorldCat.)

(Boy with Squirrel, by Henry Pelham, 1765, from Wikimedia Commons.)