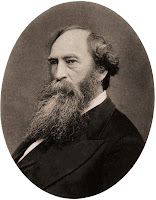 Stephen Pearl Andrews was born on March 22, 1812, in Templeton, Massachusetts. A preacher's kid, Andrews was also the youngest of eight children. Venturing to law school at age nineteen, he was acutely aware of slavery's injustice and actively took up the cause of abolition, once being forced to flee the country over it. He tried unsuccessfully to raise funds for this work in England and, while there, took an interest in a new form of shorthand. He went on to become a linguist and taught himself "no fewer than 38" languages. He even created a "scientific" language of his own called Alwato. Andrews is credited with being one of the first people to use the word "scientology" (defining it as a "neologism" in his 1871 book about Alwato) and was an early leader in the Spiritualism movement. He was fascinated with the idea of utopias, a popular notion at the time, and eventually came up with a social theory he dubbed pantarchy, later adopting the philosophy of universology. He was an early adopter of Marx and the first American to publish The Communist Manifesto. But he is perhaps best known as a proponent of "individualist anarchism": he wrote several books on the subject, such as The Sovereignty of the Individual in 1853. No matter what you might think of his individual ideas, this guy was one interesting individual. We found five cases of Individau* (for individua*) in OhioLINK today, and 80 in WorldCat.