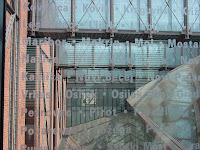 Holocaust derives from the Greek words “olos,” meaning “whole,” and “kaustos” (or “kautos”), meaning "burnt." The term dates back to as early as the fifth century B.C.E. and “can mean a sacrifice wholly consumed by fire or a great destruction of life, especially by fire.” Throughout history it has been used to describe a variety of disastrous events, and not until the second half of the twentieth century did the term become almost exclusively associated with Nazi Germany’s “Final Solution.” (Source: Frequently Asked Questions, United States Holocaust Memorial Museum)

Holcau* and Holocause* are both low-probability typos on the Ballard list. There are 4 instances of the former and 5 of the latter in the OhioLINK catalog. A few are in transcribed fields, so the usual cautions apply.