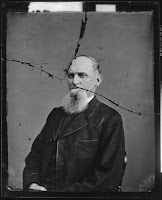 I've been cataloging a lot of audit reports lately. The Office of the State Comptroller conducts what feels like an endless and unhappy parade of these, keeping an eagle eye on the budgets and practices of everything from cities, towns, and "populated places," to water, school, and fire districts. Generally, they include somewhat obsequious-sounding responses from the auditees, in which they thank the auditor for doing such a good job, and then promise to do a better one themselves next time. Every now and then, some actual criminal activity (embezzling and worse) is uncovered as well. Having lived in New York virtually all my life, I'm always surprised at how many of these places I've never even heard of, most of them requiring authority work. And like many other examples of "small-town America," their finances may be a bit of a mess, but their names are frankly adorable: Almond, Blooming Grove, Busti, Caroline, Deposit, Friendship, Hannibal, Homer, Lysander, Mamakating, Mooers (I picture it with lots of cows), Otto, Pitcairn, Red House, Romulus, Triangle, Tuxedo, and Victory, to name but a few. Speaking of which, one of our readers posted a comment to AUTOCAT regarding Wednesday's blog entry (which began: "I love unusual names. I started collecting them once just to keep from going insane..."). He wrote: "If you love unusual names, try this. It will make you go insane—with laughter." In honor of auditors and awesome names everywhere, above is a Matthew Brady portrait of Orange Ferriss, who was the Second Auditor of the U.S. Treasury. He hailed from Glens Falls, New York, a city that passed its last audit with "high marks and a few concerns." One of those had to do with the civic center, which costs quite a bit of money to maintain, "but officials said that bringing in high profile shows, such as Phish, will help keep it afloat." That prediction might have gratified old Orange, who went to college in Burlington, Vermont, home of the popular alt/rock band. A quick audit of the usual suspects found one case of today's typo in OhioLINK, and 32 in WorldCat. However, if we truncate our search to just Audt*, those figures jump to eight in the former and 619 in the latter.
(Hon. Orange Ferriss, Second Auditor, Treasury, ca. 1860 - ca. 1865, by Matthew Brady, courtesy of the National Archives and Records Administration, and Wikimedia Commons.)