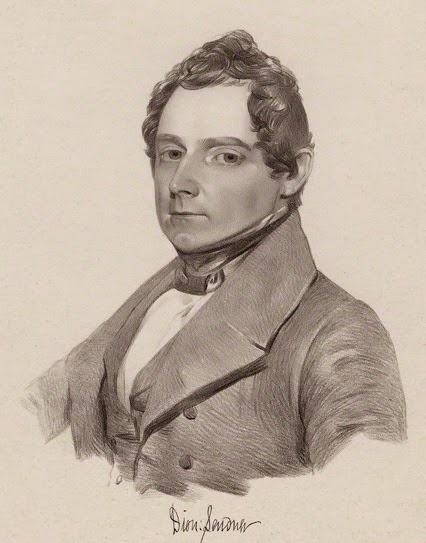 I love unusual names. I started collecting them once just to keep from going insane during a couple of distinctly non-Dionysian jobs that involved dialing up large numbers of total strangers and annoying the hell out of them. I can still recall a few standouts, and enjoy repeating these to myself on occasion, but I rarely share this rarefied list, and never in print, out of what may be misplaced privacy concerns. Recently, I met a woman whose alluringly alliterative name is like an amazing melding of Amelia Bedelia, Rosa Rosanova, and Roseanne Roseannadanna. (She claims to not even like her name, it's her married name, and she shortens it whenever possible. But take my word for it, it's wonderful. It's like something both sturdy and aromatic you'd want to plant in your garden.) A Rose is a Rose is a Rose, of course, and let's also not forget that Violets are sometimes Blue. But enough about those people. I'm here today to talk about somebody else with an oddly great name: Dionysius Lardner. Born in Dublin in 1793, Lardner was a science writer who notably edited the 133-volume Cabinet Cyclopædia (a series about a vast array of things, to which, by the way, Mary Shelley was the sole female contributor). Lardner was a respected economist, cited in Karl Marx's Das Capital, and was instrumental in publicizing Charles Babbage's difference engine. He was both highly accomplished and remarkably visionary, but he also had a few scandals on his résumé. He seems to have had a penchant for married women, once getting sued by an irate husband for "criminal conversation" with his wife. Another time he got a railroad company off the hook by testifying that its faulty designs did not cause an explosion; lightning did. (It was later pointed out that there actually wasn't any lightning that night, but the "act of God" defense had struck a chord.) Dionysus was a Greek god, but Dionysius is the most common spelling variant found in library catalogs. There are seven proper names properly spelled Dionysus in NACO (one of which is a variant on Dion Boucicault, who was "probably" the son of Dionysius Lardner), compared with 241 for Dionysius. Dionysus alone yields 1076 hits in OhioLINK and "too many records found for your search" in WorldCat, but if you combine both terms, you get a mere eight in the former and 79 in the latter. I'll leave it to you to decide how best to divine these particular typos in your own databases. Here's how a variety of searches shakes out in ours: