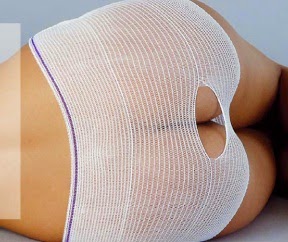 I recently had this, um, thing done. You know, like kind of a routine exam? Or sort of a medical procedure, or... Okay, okay, it was the dreaded colonoscopy. And let me proceed to tell you, you big bunch of babies, there's nothing to it! You have to drink an unseemly amount of liquid the day before, including Gatorade (or some other juice, water, or bouillon combo) mixed with a tasteless crystallized laxative, and you do have to go to the bathroom quite a bit, but that's the worst thing about it. Some folks are vaguely awake during the "conscious sedation" that precedes the procedure, but many don't feel or remember it at all. It's actually kind of weird to find that a stranger has been anally probing you for the past fifteen minutes or so, while you didn't even realize he was back there, but it's good for a chuckle or two with the nurses afterward, and then you get the best-tasting Saltine crackers and ginger ale you've probably ever had. I gratefully consumed these while waiting for my ride and doing a crossword puzzle, although it occurred to me at one point that perhaps I should be reading Dombey and Son instead. In case you missed the allusion there, it's from Franny and Zooey by J.D. Salinger. According to Franny: "He said he was—this is exactly what he said—he said he was sitting at the table in the kitchen, all by himself, drinking a glass of ginger ale and eating saltines and reading Dombey and Son, and all of a sudden Jesus sat down in the other chair and asked if he could have a small glass of ginger ale. A small glass, mind you—that's exactly what he said. I mean he says things like that, and yet he thinks he's perfectly qualified to give me a lot of advice and stuff! I could just spit! I could! It's like being in a lunatic asylum and having another patient all dressed up as a doctor come over to you and start taking your pulse or something..." There were six examples of Porceed* in OhioLINK, and 111 in WorldCat. Proceed with your usual procedure today and remove any typos you find.
(Colonoskop pant, 24 June 2008, from Wikimedia Commons.)