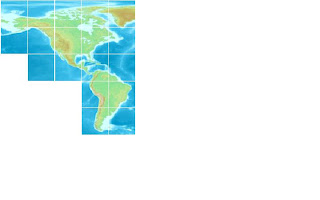 America the beautiful, America the lazy. Today's typo will show up when we just don't have the energy to type that last "a." There are other variations on America in the Ballard database, but this one hasn't quite made it, although it shows up in OhioLINK 69 times and in WorldCat many more. One caveat: There are at least a few books where this typo will show up because of the way it has to be entered in a MARC record, for instance Americ*n handbook, which displays as Americ[star]n handbook.

Today's image from Wikimedia Commons reminds us that America includes far more than our United States.