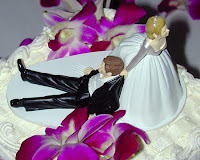 Sots (also known as drunkards, topers, tipplers, bibbers, soakers, sponges, love-pots, tosspots, guzzlers, boozers, inebriates, tavern haunters, thirsty souls, revelers, carousers, bacchantes, and mænads, among many others) come in a variety of sizes. And all sorts of sots have been all sorts of soused on all sorts of things besides booze. They've gotten drunk on love. They've drunk the Kool-Aid. They've been drunk with power and drunk in the shower. And in the 1990s, it seems too many of them were recklessly drinking the heady champagne of the dot-com bubble. In OhioLINK, we found four cases of Microsot, three of Microsft, two of Micosoft, and one of Microsof. Bill's might not have been a Gate-way drug to the rest, but it's been a long hangover for most. Whichever software you use, don't be soft on typos for Microsoft.