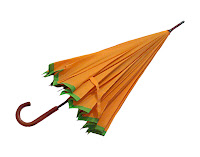 Oswald Chesterfield Cobblepot is better known to Batman fans as The Penguin, and like all good villains in the Caped Crusader’s universe, he’s a flamboyant fellow. But according to the DC Comics site, poor little Oswald didn’t start out that way. He was an odd-looking duck with a potbelly, beak-like nose, and love of birds, all characteristics that guaranteed he would be bullied by the other kids. Oswald eventually turned to a life of crime, but he could never truly overcome his past. Even his weapon of choice–the trick umbrella–had its origins in a domineering mother who insisted he carry this accessory all times, lest he be caught in the rain and die of pneumonia like his father.

Today’s typo is a high probability one on the Ballard list with 14 entries in the OhioLink database. Most are related to the publisher Penguin, although the errors occur in title and series fields too, and not just in the imprint area. Fortunately, you don’t have to be a superhero to do battle with this Pengiu*.

(“Paraguas, Umbrella” by Capgros, from the Stock.XCHNG photo site)