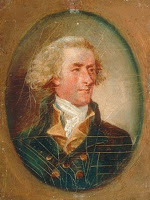 Most Americans hold our Founding Fathers in high esteem, but your opinion of them may go higher still when you learn that such freedom-loving notables as Thomas Jefferson and Benjamin Franklin were fond of smoking marijuana. At least, that is, according to a gentleman called "Dr. Burke" of the so-called American Historical Reference Society, who informs us that no fewer than seven early U.S. presidents (Washington, Jefferson, Madison, Monroe, Jackson, Taylor, and Pierce) were avid cannabis fans. The latter three were reported to have indulged with their troops (Pierce wrote in a letter home that it was just "about the only good thing" he could say about the war) and Burke further asserts that pot was twice as popular among American soldiers in Mexico as it was in Vietnam. He also claims that Washington and Jefferson liked to exchange "smoking blends" as gifts; that Washington preferred smoking "leaves of hemp" over drinking alcohol; that Madison had once said the practice afforded him insight into our nation's nascent democracy; and that Monroe had begun smoking while ambassador to France and maintained the habit until he was 73. Dr. Burke points out that Jefferson, who brought Chinese hemp seeds to America, was responsible for perhaps the most resounding phrase in the Declaration of Independence: "Life, liberty, and the pursuit of happiness." Since many of these "framers" were also farmers, they were able (both practically and legally) to grow their own supply of weed. We found a moderate supply of today's combination typo in OhioLINK (17 hits to be exact, with a half dozen or so false positives) and 198 in WorldCat. There were also 13 examples of Farmer* + Framer* in OhioLINK (several of them being non-typos) and 87 in WorldCat.

(Miniature portrait of Thomas Jefferson at age 33 by John Trumbull, 1788, from Wikimedia Commons.)