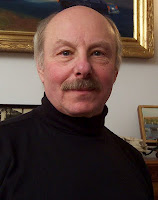 James Howard Kunstler is the Saratoga-based author of several books on the history and future of suburbia and urban design. He lectures frequently on these topics, along with the "global oil predicament" and "resultant change in the American Way of Life," says Wikipedia, and is a "leading proponent of the movement known as New Urbanism." His works include Geography of Nowhere, Home from Nowhere, The City in Mind, and The Long Emergency. He is also the author of ten novels and a play. We found two examples of today's typo in OhioLINK, and 57 in WorldCat. The overwhelming majority were for words like suburbs or suburban, although a few were for words like subordinate or subordination. When I first saw the record for a work from Brussels about roads and highway planning, I assumed it was just another case of Suburd* for suburb*. However, this one surprised me. The typo occurred in a 500 note: "Shows administrative suburdination of roads, road condition, and planned highways." So if you decide to take your Suburu out on the road today, please make sure your needs are equal or subordinate to those of your fellow drivers and dwellers, both urban and suburban. And don't forget to clean up this burdensome typo wherever you find it, marring the landscape of your catalog and disrupting the flow of information. (Coincidentally, right after composing this post, I saw a local news item about how the quiz show "Jeopardy!" on Tuesday night used a picture of a boarded-up section of Sheridan Avenue in Albany to illustrate the concept of "urban blight." Burn.)