There must be 50 ways to misspell "United States" and "United Stated" is only one of them. Not even a spell checker would find this one! On keyboards, the letters "s" and "d" are next to each other, which could lead to mistyping or swapping the letters for "Stated." Another probable cause is "United" ends with "ted" and the word immediately following has a similar character string ending. A typist could easily substitute the ending "tes" in "States" for the just-typed "ted" in "United." No matter what the cause, "United Stated" has a high probability of being a typo in your own online catalog.

"Quide" for Guide is found 21 times in OhioLINK. Mistyping "Q" for "G" seems improbable at first glance. However, the second letter is "u"--and "Q-U" is certainly a common combination of letters--and that's the reason for the typo. Check "quide" in your own catalog. You'll be surprised to see a field quide or study quide or video quide.

Wendee Eyler
Posted by librarytypos at 7:25 AM No comments:

Pubish* (for publisher, publishing, etc.) and Pubic* (for public, publication, etc.) are typos both common and comical. The former generates 101 results on OhioLINK, making it a typo of "highest probability" on the Ballard list. There are also 107 records with "pubic" in them, but be careful: there is only a hair's breadth of difference here between the typo and the real word. Other highly probable typos in this area are: Pubicat*, Publc*, Publiction*, Publih*, Publise*, Publsh*, and Pulish*. Less frequently published typos include: Pubicity, Publec*, Publichat*, and Publiosh*. 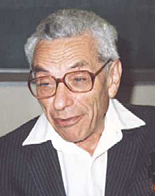 Sounding like a sideshow in a backyard circus, today’s typo is a real meta-blooper. It appears that a fair number of catalogers are misspelling their own moniker (and related forms) in the course of doing their jobs. My own catalog has seven Catologs, and Catolog* turns up 38 times in OhioLINK, making it a “high probability” typo on the Ballard list. OhioLINK also contains 45 records with the following typos: Catlog*, Catalg, Catalag, Cataloug*, and Catgalog*. Come on kids, not to be catty, but let’s learn how to write our name right so we can all get a library card!

TMI alert: there are a great many variations on today's typo, most of which are "high probability," according to information taken from the Ballard list.

Illustration from the White House Museum website: "Sheep keeping the south lawn in proper trim as part of (rather dubious) wartime cost reductions, circa 1919 (Library of Congress)."

The current war has done a lot to change the old Iraq, but so far the spelling of it remains the same. In this country, according to the Urban Dictionary, the initialism YROK means: Yeah, right, okay! (an exclamation indicating disbelief). We here at "Typo of the Day for Librarians" are rarely shocked and awed into disbelief by any typo, no matter how funny or egregious, and New Yrok is no exception. I found six instances of it in the New York State Library's OPAC and, while there might be fewer of them in the catalogs of libraries without "York" in their names, the Ballard list considers this to be a "high probability" typo. (Illustration of the proposed new Iraqi flag, rejected in 2004.)

Ccharles for Charles is found on the D list of Typographical Errors in Library Databases, meaning that it is in the Low Probability section. If you search for this in your catalog and don't find it, don't start the celebration quite yet. The nature of this typo is normally a tagging error in the 245 field. What should be |c is missing the pipe symbol, so the letter displays to the world. So even though Ccharles is a non-starter in your catalog, you still need to worry about Cjohn, Cwilliam, Cterry and so on, and make a C change when necessary.
Posted by librarytypos at 5:20 AM 1 comment: 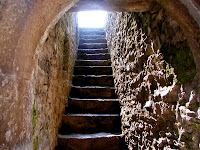 Photograpy for Photography can be found on the B List of Typographical Errors in Library Databases, meaning that it showed up at least 16 times in OHIOLINK at the time of its discovery. The color coding on the list tells us that this was first reported in 2006. Indeed, a search of OHIOLINK this morning turns up 46 hits for the typo.
Posted by librarytypos at 7:07 AM No comments:

Unversity for University caught our attention today because it reminded us of those spam emails we keep getting that promise "A real degree from an unaccredited university without all the hassle—like learning something." It is found on the A List at the main page of Typographical Errors in Library Databases. This is an example of the absolute classic OPAC typo—a missing 'i' in a long word.
Posted by librarytypos at 5:43 AM No comments:

Acompany for Accompany or possibly "A Company" is on the B or High Probability list at Typographical Errors in Library Databases. Checking WorldCat this morning, we find more than 70 hits for this typo. Since it appears to be a word that people tend to use because they don't know the correct spelling, we would have expected a very high hit rate in Google. It is, in fact, just over 100,000. Adding to the normal list of reasons why you should examine any record before changing it—there is at least one legitimate company name for this word: Acompany.com.
Posted by librarytypos at 6:55 AM No comments:

Agian for Again is a classic inversion that is found on the 'C' or moderate probability list in Typographical Errors in Library Databases. Like every inverted letter typo that we can think of, this involves letters on opposite sides of the keyboard. As always, we suggest looking at every example because this might be a double typo for Aegean, or it might have a 'sic' to indicate that the actual publication was at fault.
Posted by librarytypos at 6:03 AM No comments:

Unitedstates for United States currently resides on the D list. Although the letters are in the proper order, the word is an example of too much union. It needs a little space between to be correctly spelled.
Posted by librarytypos at 9:30 AM No comments:

Neopolitan is a High Probability typo for Neapolitan.
Posted by librarytypos at 8:45 AM No comments:

Bantan for Bantam is an error of Moderate probability. In library databases it is most likely to be the name of a publisher, but Bantam is also popular name for motor vehicles of all sorts. Another typo for the same word is Bamtam from the Low probability list.
Posted by librarytypos at 8:45 AM No comments:

Penquin for Penguin has the Highest Probability of appearing in library databases, more likely as the name of the large publisher than the endearing bird. Other misspellings found less often are: Pengiun, Peguin and Pengin.
Posted by librarytypos at 8:45 AM No comments:

Today's typos come from the
More typos list, so they are not misspelled. It all depends on context.


Posted by librarytypos at 3:00 PM No comments:

An awkward word to spell! Add a truncation symbol and you can find several variants. A recent search in OhioLINK discovered:

You may wish to harmonize the results of your search.
Posted by librarytypos at 4:54 AM No comments:

A little knowledge is a dangerous thing, the saying goes. Equally dangerous for information retrieval is this typo. Among the 5 results found in OhioLINK recently are Knowlede and knowledege
Posted by librarytypos at 5:25 AM No comments:

On the fourth of July, 1776, King George III of Great Britain famously said, "Nothing of importance happened today." To commemorate this non-event, rebels against the sovereign rule of His Britannic Majesty spend the day grilling burgers, toasting marshmallows, setting off fireworks, and generally idling away the time. Americans: There should be an END in, if not to, your indepENDence!
Posted by librarytypos at 4:48 AM 1 comment:

Eighteen cases of a botched operation were found recently in OhioLINK. Notably, Co-operaton as in the name "Organisation for Economic Co-operaton and Development" -- an indication that an error likely started in one record and was replicated by deriving other records.
Posted by librarytypos at 4:56 AM No comments: