I have actually heard two different iterations of the following theme or "joke" recently: What do men want most from a woman? Sex, food, and silence. This is one of those funny cuz it's true, sorta, kinda things, I think. People tend to make light or sport of stuff that they really do feel, and perhaps even feel guilty about. But what those long-suffering listeners often fail to understand is that it's just as uncomfortable on the other side of the divide: the laconic are as hard to bear for the loquacious as the loquacious are for the laconic. I guess silence can slice both ways here, and it often speaks louder than words. For example, it's chilling when the Wizard of Oz cries "Silence!" while Dorothy and company are quaking in their boots, but on a chilly Christmas Eve I've always loved warbling "Silent Night" into the stille nacht air. As Simon and Garfunkle once put it: "The words of the prophets are written on the subway walls, and tenement halls. And echo in the sounds of silence..." Slence* and Slent show up one time apiece in the OhioLINK database, and eight or nine times each in WorldCat (a few being proper Russian names), whereas Slience* and Slient were each found a few times in OhioLINK, and 42/44 times in WorldCat.
(The Silence Between, oil on canvas, by Peter McArdle, from Wikimedia Commons.) 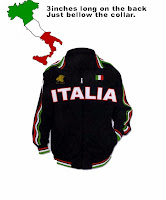 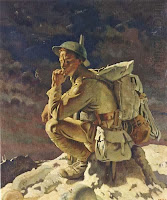 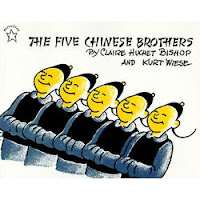 "How long do men's peanuseas grow?" wonders a young boy (presumably a boy, that is, but not necessarily, I guess, and on shocking-pink paper for what it's worth) in what Buzzfeed calls "the cutest spelling of 'penises' ever." Well, let's see. Longer than a peanut? How about long enough to pee in the sea (a sort of kinky variant on the children's classic The Five Chinese Brothers)? Or what about as long as this little exercise in DIY phonetics can possibly make them? It's almost like the longer the kid thought about it, the longer the word itself became. (Sort of like autological words and heterological ones, something I was just reading about in a book called Plato and a Platypus Walk into a Bar). And not to go on at too great length here or anything, but come on, man! If that isn't one of the funniest typos you've seen in a long long time, then perhaps you've grown a little too hardened to the frustrating if often delightful romp that is Anglo-American spelling. But getting back to those five Chinese brothers (who were capable of all sorts of magical thinking when it came to their own masculine physiques), this one was one of my favorite books growing up, so I was stunned to discover, back in 1990s, that it had been wilfully vilified by assorted and sundry book banners and self-appointed "diversity" czars. Pulled or replaced (with a newer version entitled The Seven Chinese Brothers) by some librarians, the original was derided and called racist, despite its having been characterized in 1938 by the New York Public Library as a "dramatic retelling of an old Chinese tale which Mr. Kurt Wiese has turned into a picture book as amusing as it is Chinese in character." (Wiese apparently loved China and wrote close to a dozen other children's books about that land and culture.) The newer version (colloquially known in library circles as "the p.c. Five Chinese Brothers") was reviewed in the New York Times by an editor of Parenting magazine, who approvingly described it as "spruced up and destereotyped" and snidely dismissed the original as "amazingly durable" and "marred, for modern eyes, by Kurt Wiese's yellowface caricatures." She even cast the moral of that fatally flawed folk tale in a thoroughly modern light: "Apparently you can get away with murder (or at least childslaughter) if your family's willing to back you up." Truthfully, though, I have nothing against the second book per se and credit our local public library for carrying both titles. But I can't escape the uneasy suspicion that the latter was conceived specifically in order to unseat the former, and to do so in a way that would seem to circumvent the sin of censorship through the familiar adage "The answer to bad speech is more speech." I just hate the assumption that old speech is necessarily bad speech, or that any generalized, unrevised, or minimalist rendering from the past is now "offensive" and needs to be suppressed. Which is to say that I don't object to the second book itself nearly as much as I do the invidious comparisons with its predecessor, or the whitewashing of "weeding" when it ensues in the wake of patron complaints. Anyway, I'll quit complaining now myself, and simply add that there were 31 cases of Lenght* found in OhioLINK, and "too many records found for your search" in WorldCat.
(The Five Chinese Brothers, courtesy of Wikipedia.)