When I was a young Episcopalian, I sang in the junior choir, something I really enjoyed. Hymns, psalms, and other sacred things were pleasant enough to sing, and we all basically worshipped, as it were, our somewhat delicate and dedicated choir director, who was also a very talented composer and musician. We would try and get there early on Sundays, but more likely be late and have to hurry down the broad stone steps to the rehearsal room in the church basement, where we would hurriedly don these long rustling robes and white pinafores, plucked from among a scattered pile of leftovers pulled out of the closet. (The Episcopal Church is rather like the Catholic one, albeit with a little less in the costume department; the billowing black and white outfit made me feel a bit like a nun or a wizard of sorts, or perhaps a Parisian painter in an oversized smock. Or more to the point, I guess, like one of the little angels we were all supposed to be.) We would line up quietly, holding our songbooks out in front of us, and snake our way around the cavernous nave, past the parishioner-filled pews, and finally up into the chancel itself. Closer to the altar and communion rail, closer to the towering pipe organ, the wavering candlelight and wafting incense, and the thrilling voices of the grown-up chorus. Closer, it seemed, to God Himself. After the service was over, we would stream out in another solemn processional, change back into little kids in our Sunday best, and join the throng in the large meeting hall, where we were blessed with what I could swear on a stack of Bibles are still the most delicious deep-fried plain and powdered-sugar jelly donuts I've ever known. Washed down with a perfect steaming cup of creamy hot chocolate. Bon appétit and amen, brother! Chior (for choir) was found seven times in OhioLINK, and 118 times in WorldCat.
(Springfield in Wartime: Everyday Life in An Essex Village, August 1941, from Wikimedia Commons.) 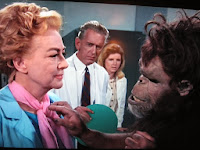 In what is assuredly one of the campiest films ever made, a 1970 "sci-fi monster movie of sorts" called Trog, Joan Crawford (both motherly and matronly, but not yet "Mommie Dearest" to the moviegoing public) plays house with a troglodyte. Crawford is Dr. Brockton, a British anthropologist who discovers, photographs, and eventually subdues with a dart gun, an ancient, recently thawed-out humanoid with a "Planet of the Apes"-type face and long flowing hair. Apart from the lone-surviving, Ice-Age relic living in a cave angle, Trog bears a remarkable similarity to Bigfoot: he's hairy and simian, eats small prey like fish and lizards, throws rocks when required to, and uses complex language to communicate. In one especially odd scene, Dr. Brockton and her daughter teach the creature how to express love as well as ideas by means of a walking baby doll. Issues like whether the "monster" is actually an undergraduate hoax, or alternately, should be hunted down and killed, are also reminiscent of current cultural debates around this topic. Anthropology has much to say about mankind's past, present, and future, and all of the many stages and "links" along the way. You can help improve bibliographical access to anthropological works by making sure that typos for this word (and all of its variant forms) are spelled correctly in your catalog. We found 16 cases of Anthropolgy in OhioLINK, and 226 in WorldCat.
(TV screenshot from Trog, taken by the author.)

It's a sin to tell a lie (or 'twas, anyway; it seems a bit less so nowadays, especially if followed up by a public apology of some sort), but poor spelling has never been more than a minor peccadillo. Someone advised me the other day that we're living in a "post-spelling age," which may very well be true; sadly, I think the same might be said of good manners. "Dear Sir," we used to sexistly, if politely, start off our business correspondence—which would then conclude with the de rigueur sign-off "Sincerely yours." It wouldn't have been a sin, surely, but certainly cause for chagrin, if we had written instead Sincerly. Even back in the "good old days," I think I must have been nostalgic for even better ones (or better yet, British ones) when I fell for Sidney Poitier and Lulu in the 1967 classic To Sir, with Love. I'm being completely sincere when I say that there were six examples of today's typo in OhioLINK, and 52 in WorldCat. Will you come up empty in your own catalog? It's possible, I guess, but in another "conflated idiom" (or something rather like that), which was sent to me recently by a friend: "I severely doubt it."

(Movie poster for To Sir, with Love, courtesy of Wikipedia.) 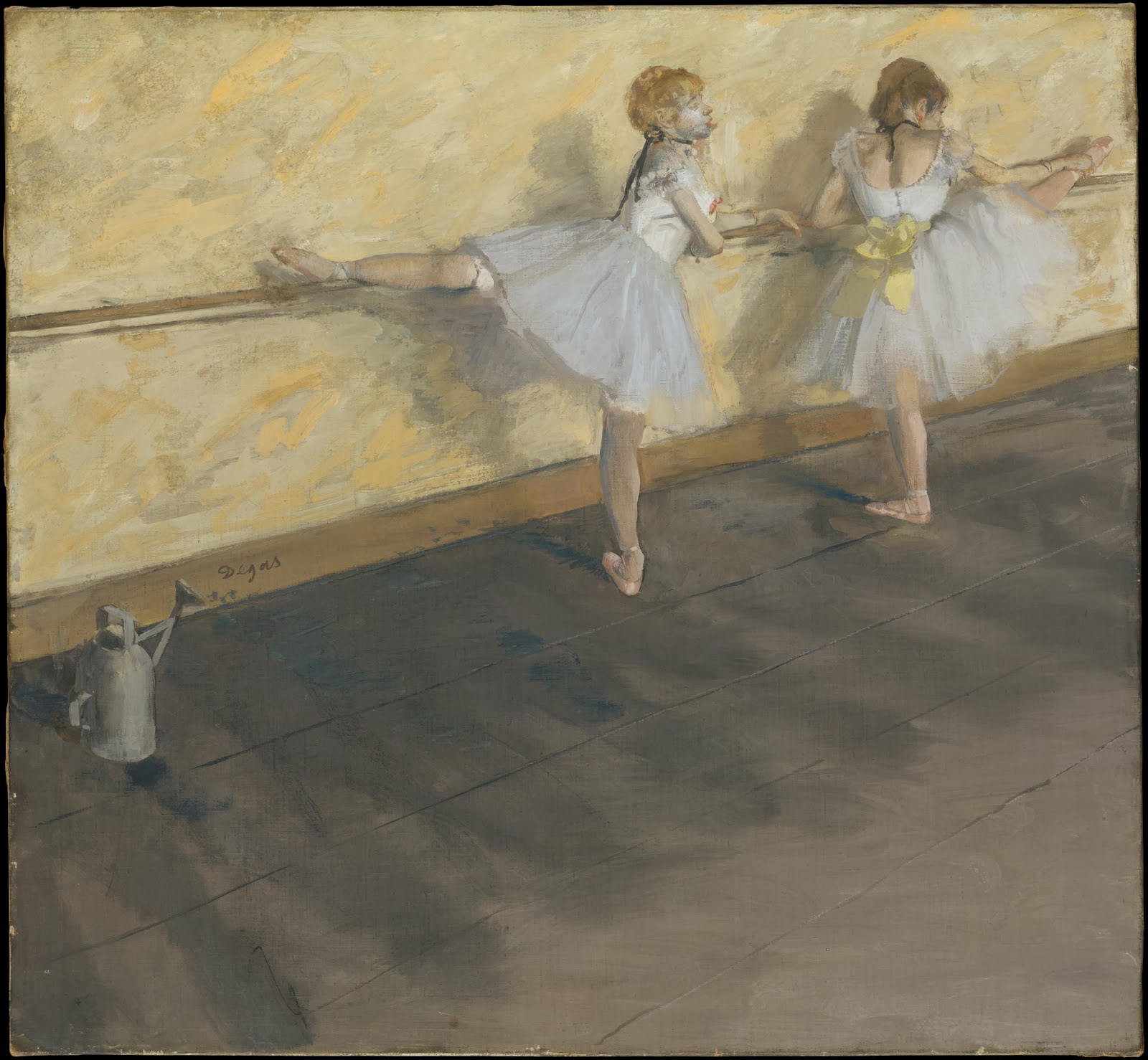