"Betcha didn't know George Washington was a fascist, did you?" joked a friend of mine last week as he showed me this photo he had taken of a statue situated between the New York State Capitol and the Alfred E. Smith Building here in Albany. He then explained that the bundle of sticks at Washington's side is known as fasces, a term that ultimately gave rise to the word fascism. This ancient Roman symbol of authority and justice was apparently hijacked by Mussolini in much the same way as the Hindu "swastika" was by Hitler, and in fact had appeared on the U.S. dime well before Il Duce got his grubby little hands on it. Ironically enough, later on that same day I voted for Not-the-Nazi (as some folks were calling him) in a local election for library board. His eminently beatable opponent had been spotted posing in front of a fascist flag and spouting bigoted drivel on YouTube and Facebook, though even apart from those dubious credentials, the guy never would have stood a chance: his campaign statement on the library's website capitalized the first letter of every word (including A and The) and deployed punctuation in the most completely random way imaginable. But still. How often do you get the chance to vote against a self-proclaimed fascist? (Note that had he chosen to include this juicy tidbit in his statement, he would have upper-cased the word, making his proclivities look all the more literal.) In another bit of irony, fasces, sort of loosely defined as a bundle or band, tied me up one time in a local pub's spelling bee. Fascist and fascism can be slightly tricky words to spell, but other than that, this matter's a no-brainer. Let's keep typos for these words out of our library catalogs—and wackos with these wonts off our library boards. Facsis* was found three times in OhioLINK, and 103 times in WorldCat.
(Picture of the Washington statue in Albany, New York.)

Have you ever seen that Trojans commercial called "The New Apartment" in which a female singer can be heard in the background softly crooning the Elvis Presley classic "All Shook Up"? All shook up, that is, and all slowed down. As a matter of fact—and apart from the fact that anything in the erotic realm that encourages people to slow down and take their time is to be highly recommended—somehow it seems like the exact right tempo at which to sing this song. It's only a short clip, and they wisely decided to leave out the cryptic lyric "I'm itching like a man on a fuzzy tree," which when you stop to think about it probably isn't the best imagery to employ in an ad about lovemaking. A friend thinks it might be a reference to Spanish moss, but others have suggested a rose tree or a peach tree. Regardless, it's really a rather haunting rendition and I'm happy to have heard it, albeit in a condoms commercial. So who do you thank when you have such luck? The singer, it turns out, is a young woman named Eva Avila, who enjoyed a speedy rise to fame after winning the fourth season of Canadian Idol in 2006. (Just "hours after her victory," she signed with a major record label.) At any rate, don't rush through today's typo, which was found five times in OhioLINK and 115 times in WorldCat.
(The Lovers Tango, La Boca, Argentina, 4 October 2009, from Wikimedia Commons.) 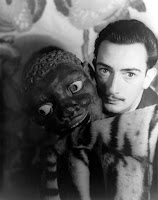 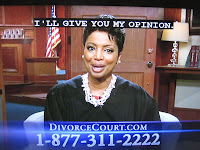 They say communication is the key to a successful relationship, but let's be honest now (pretend you're under oath): many people (I'm talking to you, guys!) don't always like to do this all the time. For that reason, it might be a good idea to have certain rules and boundaries in place in order to govern both the mundane chitchat and the inevitable arguing. And maybe even a special place in which to do all that—a "converstation" (if you will). I confess I'm somewhat partial to judge shows and find myself rather entranced by the pixie-ish Lynn Toler, the current diva of daytime TV's Divorce Court. She's funny and fierce, and can rock a chunky-looking necklace or Wilma Flintstone-style choker better than anyone I've ever seen (although she says she has sensitive skin and only dons the jewelry under duress). Maybe it's the stark contrast with the black judicial robes, sort of like a Muslim in a burqa with designer sunglasses or fashion stilettos on. I almost feel like tuning in just to see what she's wearing, if not underneath, then just above that unvarying attire. But there's so much more to her than that. The other day she was commiserating with a man whose irritating wife had left him for another woman, and then tried to sue him for some confabulated prior abuse. He mentioned "conversing" with his ex, whereupon the judge interrupted him to say: "Thank you for not calling it conversating. I really appreciate that!" Lynn Toler has a lot of empathy for women who suffer at the hands of abusive men, but she is just as unstinting in reverse if she thinks the woman is at fault. She often talks about her own difficult childhood in Columbus, Ohio, and claims to have had her "first nervous breakdown" at the tender age of ten or so. In 2007, she published the book My Mother's Rules: A Practical Guide to Becoming an Emotional Genius. Choosing wisely what to say—and how, when, and why to say it—is very important. But let's also not underestimate where. It never hurts to be comfortable in these scenarios, no matter what one's station is in life. As one fan noted on the judge's blog: "The chair behind you looks comfy enough for a nap!" Judge Toler has got a knack for putting both of her litigants at ease, often facilitating constructive conversation in the courtroom, and hopefully later on between the sparring spouses. There were seven cases of today's typo in OhioLINK, and 101 in WorldCat.

(Exhibit A, your Honor, taken of my own TV screen.)