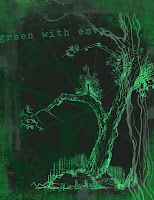 Do you admire (or possibly even resent) people who know the difference between jealousy and envy? It's a real stickler for many of us. Even the thesaurus seems to be reaching a bit to come up with synonyms for these two somewhat jaded cognates. Under the word jealous it gives us: "anxious, apprehensive, attentive, begrudging, covetous, demanding, doubting, emulous, envious, envying, grabby, grasping, green-eyed, grudging, guarded, intolerant, invidious, jaundiced, mistrustful, monopolizing, possessive, possessory, protective, questioning, resentful, rival, skeptical, solicitous, suspicious, vigilant, watchful, [and] zealous." (Whew. That certainly covers a lot of ground. A bit like a gumshoe hired by a jealous spouse.) Under envious, we've got "appetent, aspiring, begrudging, coveting, covetous, craving, desiring, desirous, distrustful, fain, grasping, greedy, green with envy, green-eyed, grudging, hankering, invidious, jaundiced, longing for, malicious, spiteful, suspicious, umbrageous, watchful, wishful, [and] yearning." I thought emulous, fain, and umbrageous were especially nice touches. According to the always helpful Grammar Girl, whose grasp of the un-obvious often makes me envious: "Some sources say 'jealous' is supposed to be limited to resentful emotional rivalries (often romantic) with another person, whereas 'envious' can expand to cover desiring or coveting objects or accomplishments gained by another person." Another expert puts it a tad more plainly: "Although these are often treated as synonyms, there is a difference. You are envious of what others have that you lack. Jealousy, on the other hand, involves wanting to hold on to what you do have. You can be jealous of your boyfriend's attraction to other women, but you're envious of your boyfriend's CD collection." Perhaps a bit harder to explain is what looks like a sudden cultural meme of sorts regarding one of the classically disreputable "Seven Deadly Sins." (It calls to mind the old boast "Greed is good" from the 1980s, as well as the overall overuse of the word "pride" to describe one's status as a member of a disenfranchised minority group.) The other day, I came across three rather striking examples of this emerging trend: the new GM car, the EN-V; something called "Massage Envy" (a possible Mother's Day destination); and "Storenvy," described as a sort of online "store builder and marketplace in one." It looks as though envy may finally be getting the facelift it's always wanted. (Lust hasn't been quite the same since Jimmy Carter had it in his heart; gluttony is hanging on by its fat greasy fingertips; and I myself am patiently waiting for a movement for those of us who actually hate to move, otherwise known as "sloths.") To err is human, as they often say, but it would be a sin to ignore this typo of the day, which occurs five times in OhioLINK, and 31 times in WorldCat.
("Green with Envy," 15 September 2009, from Wikimedia Commons.)

Vladimir Nabokov was born in Saint Petersburg, Russia, at the fin de siecle, on or about April 22, 1899. The true date of his birth is somewhat debatable due to a "misunderstanding [of] the relationship between the Julian and Gregorian calendars." According to Wikipedia: "In his memoirs Speak, Memory, Nabokov indicates that 22 April was the correct date, but that he nevertheless preferred to celebrate his birthday 'with diminishing pomp' on 23 April. As he happily pointed out on several occasions during interviews, this meant he also shared a birthday with William Shakespeare and Shirley Temple..." That offhand reference to "America's Sweetheart" might be regarded as a bit ill-advised, however, since I'm sure there are those who actually consider the author of Lolita to have been something of a pedophile himself. At any rate, given the fact that I've written about him, or at least mentioned him in passing, on five separate occasions here, one could certainly be forgiven for balking at the prospect of yet another blog entry on this beloved/ beleaguered artist: "Nabokov? ... No, back off!" Nabakov* was found four times in OhioLink, and 111 times in WorldCat, with Nobokov* six times in the former, and 69 times in the latter.
(Monument of Vladimir Nabokov in Montreux, December 2006, from Wikimedia Commons.)

Posted by librarytypos at 7:25 AM No comments:

Erick Berry was born Allena Champlin in 1892, in New Bedford, Massachusetts, but grew up for the most part in New York State. The budding children's author and illustrator got her love of books from her father, George Champlin, and later wrote: "Father was reference librarian in the State Library in Albany, New York, and I had free access to the big files at almost any time; a wonderful library to grow up in. Because my eyes were not strong my reading was cut down to an hour a day, and so between reading I started copying the book illustrations; from this the family decided that I had ability as an artist and so, a little later, I went off to Boston to study with Eric Pape." (Allena Champlin later adopted the pen name "Erick" in homage to her beloved art teacher.) The New York State Library was then located in a crowded room at the top of the Capitol, but plans were under way to move into the new Education Building across the street. By 1911, after a series of bureaucratic delays and other holdups, State Librarian Melvil Dewey was clamoring to make it happen. Tragically, however, in the spring of that year, before it could be transferred to its new home, a devastating fire destroyed almost the entire collection. Erick Berry would have been nineteen years old at that time, and must have been broken-hearted at the news. The State Library currently owns about 25 of the nearly 100 books she produced during her lifetime, many of them with her second husband, Herbert Best. It also holds some of her personal papers, letters, photos, news clippings, promotional materials, and original drawings. There weren't any cases of Erikc* (for Erick*) in OhioLINK the last we looked, although we did find 30 in WorldCat, around a third of which seemed to be actual typos. But be careful with this one. There are unexpected surnames like Erikci, and more ways to spell and misspell Eric (Erik, Erick, Erich, etc.) than perhaps even the inventive Ms. Berry was capable of imagining.
(Cover of Berry's 1929 Newbery Honor book The Winged Girl of Knossos.) 
Posted by librarytypos at 5:00 AM No comments: 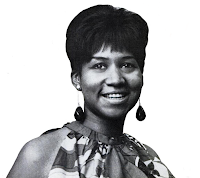