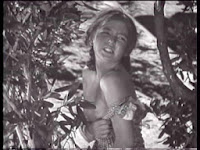 The Grateful Dead was a really great band, whose jamming would never grate on any of its fans. Some of whom could often be seen standing outside a concert, hopefully waiting for a "miracle" (i.e., a last-minute ticket to a sold-out show). Truthfully, I've never been on either side of the Dead divide, but I was in a new location for an old pizza place the other night when I spotted this slight syntactical error emblazoned on a tip jar: "Donations of any amount are graciously accepted." While I'm not doubting that these guys would be gracious under almost any working conditions, I'm pretty sure the word they meant to use there was gratefully. Today's typo was found seven times in OhioLINK, and 276 times in WorldCat. (The sort of finding I'm always grateful for, though perhaps not always gracious about.)
P.S. A friend, who admires both the Grateful Dead and former Fairport Convention-eer Richard Thompson, tells me that the latter, during a recent gig in Albany, took a longish minute to tune his guitar, murmuring, "I hope it's worth it..." When he finished playing the song, someone in the audience yelled out, "So was it worth it?" Thompson took a beat and then replied: "That's not for me to say, really." (Gracious, if not entirely grateful.)

Well, well, well. Literary lesbian icon Radclyffe Hall was born Marguerite Radclyffe-Hall on August 12, 1880. Hall is best known for her book The Well of Loneliness, which was published in England in 1928. Both book and author were openly gay and The Well was soon seized by the Home Office and charged with indecency. Virginia Woolf didn't much care for the groundbreaking work ("The dullness of the book is such that any indecency may lurk there—one simply can't keep one's eyes on the page"), but was quite willing to join Hall in a campaign to awaken "the conspiracy of silence" around lesbianism, and defeat censorship "on behalf of English literature." Many in the Bloomsbury set were not, however. "Most of our friends are trying to evade the witness box," Woolf wrote her nephew Quentin Bell, "for reasons you may guess. But they generally put it down to the weak heart of a father, or a cousin who is about to have twins." In the end, the judge banned the book and it stayed banned for the next two decades. 1928 also saw the publication of four other "lesbian novels": Elizabeth Bowen's The Hotel, Virginia Woolf's Orlando, Compton Mackenzie's Extraordinary Women, and the comic roman à clef Ladies Almanack by Djuna Barnes. Radclyffe Hall and her longtime lover, the sculptor Una Troubridge, described themselves as "congenital inverts" (the technical term back then for lesbians and gay men) and lived together for twenty-five years, until Hall's death in 1943. The Well of Loneliness might not be great literature, gay or otherwise, but it is great history. There were nine cases of Welll* (for well*) in OhioLINK, and 293 in WorldCat.
(Paperback book cover of The Well of Loneliness, Falcon Press, 1951, from Wikimedia Commons.) 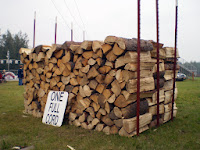