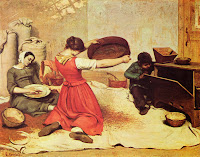 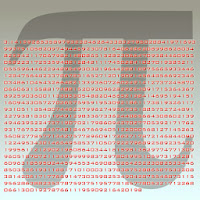 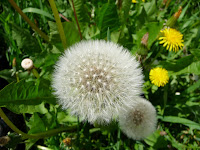 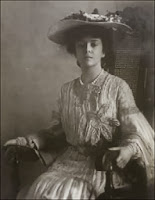 This fantastically prehistoric-looking cross between a broccoli and a cauliflower caught my wandering eye in the produce section the other day. It sort of resembles the succulents you plant in a rock garden and it goes by the enticing Italian name of Romanesco. I haven't tried it yet, but Wikipedia says that "when compared to a traditional cauliflower ... its texture is far more crunchy, and its flavour is not as assertive, being delicate and nutty." According to Gardening Know How, Romanesco's "neon green color is unearthly" and at first it "appears to be from Mars." But the most fascinating detail here may be the fact that "its form is a natural approximation of a fractal" and the number of spirals on its head a Fibonacci number. What that actually means is hard for a non-science geek like me to explain, but I do know it has something to do with naturally occurring patterns in the world, prompting some people to cite it as proof of "intelligent design." This gorgeously green vegetable shares that feature with a pineapple, an artichoke, a fern, and a pine cone. (Almost like the set-up to a joke: A priest, a rabbi, a pineapple, and a pine cone walk into a fern bar, wondering about the meaning of life...) Speaking of number patterns, there were three cases of today's typo found in OhioLINK, and 141 in WorldCat.
(Photo of "brocciflower, posted 23 October 2006, from Wikimedia Commons.)