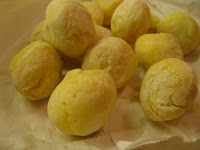 M ... O ... Z ... OMG! Like this young competitor in the Scripps National Spelling Bee this week, I too spelled mozzarella wrong, in my own very first bee a few years ago at a local bar. And I still can't believe it. It's a word that almost everybody knows, and a food that almost everybody (in this country, anyway) has eaten. And none of the potential ways of misspelling it (one Z, two R's, one L, even an E instead of an A) look remotely correct. And yet... And yet... It happens. And a lot more often than one might think. I'm sure the girl who flamed out on this word yesterday is still burning with shame, like having a too-hot piece of pizza stuck to the roof of your mouth. And I'm certainly not here to poke fun or to pile on. On the contrary: I'd like to welcome her to the club. There just seems to be something about spelling under pressure that can cause an otherwise excellent speller to choke at bat, to whiff a slow ball, to basically hand your opponent the point on a silver platter. Take the Indian kid who couldn't spell Darjeeling, or the Canadian cutie who didn't seem to recognize the word confiserie (this one was like taking candy from a baby, although some of her fans have argued that the judge mispronounced it), or the other Canadian girl, with the German-speaking father, who nailed the word weltschmerz, except for the fact that she spelled it with a V! And then there are all those people who, when it really and oh-so-ironically counts, misspell the word misspell. I would love to be able to report that there were many examples of today's typo in both OhioLINK and WorldCat; however, it seems as if most people can spell this word just fine when they're not melting under the hot glare of the spotlight. But spelling beesters are a very special breed and they all have my utmost sympathy and respect. Mozarella was found only one time in OhioLINK and 24 times in WorldCat. All other probable variants were found there, at most, once or twice. Although you might want to check your own catalog anyway. You can never really tell when someone's gonna miss an easy layup.

(Mozzarella-filled gnocchi found in Amsterdam, 2008, from Wikimedia Commons. Extra credit if you can spell both mozzarella and gnocchi.)