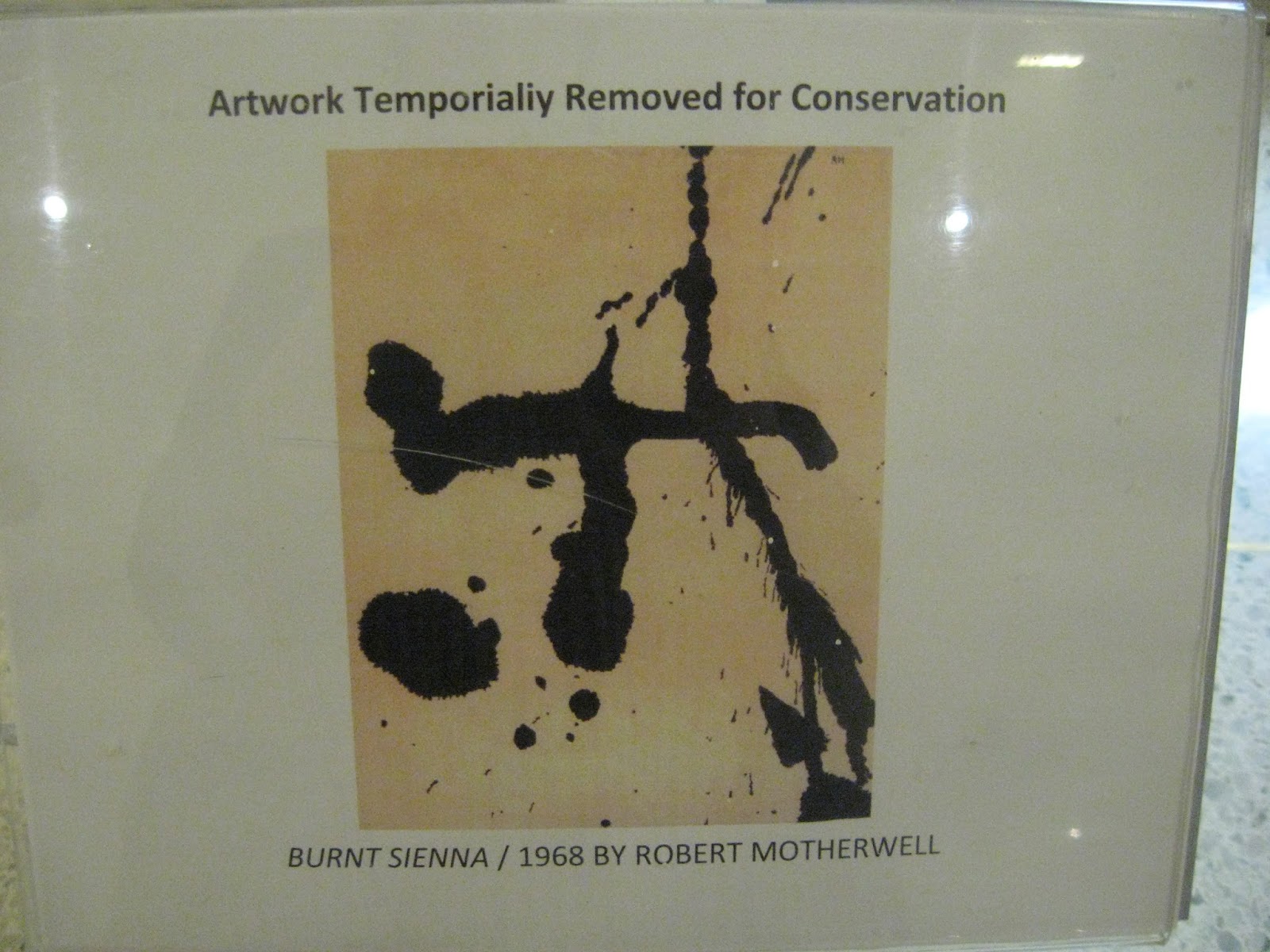 There's a painting by Robert Motherwell in the concourse of the Empire State Plaza called Burnt Sienna, which I guess isn't a bad name for it. But other ones also come to mind. I once overheard a visitor comment that it looked like someone had been murdered on the living room rug and here's the evidence. In fact, the canvas does resemble beige wool carpeting, and the splotches of rusty red color do look alarmingly like bloodstains. As certain people are prone to insist, "My kid could paint that," although perhaps only if said kid were of the "bad seed" variety, or were uncommonly uncoordinated. The artists of the New York School weren't exactly known for their dedication to beauty and restraint (see Willem de Kooning's hideous portraits of women and Jackson Pollock's scattershot splatter style), but abstract is one thing, while ugly is another. Or not. Who knows? I don't even know who's responsible for the oft borrowed and modified quote: "I don't know much about art, but I know what I like." (And neither, it seems, does anybody else.) Our typo for today is evidently a frequent one, with four in OhioLINK, and 680 in WorldCat.
(Photo of sign saying that the painting has been temporarily removed for restoration. Note the typo "temporialiy" in the sign itself.)