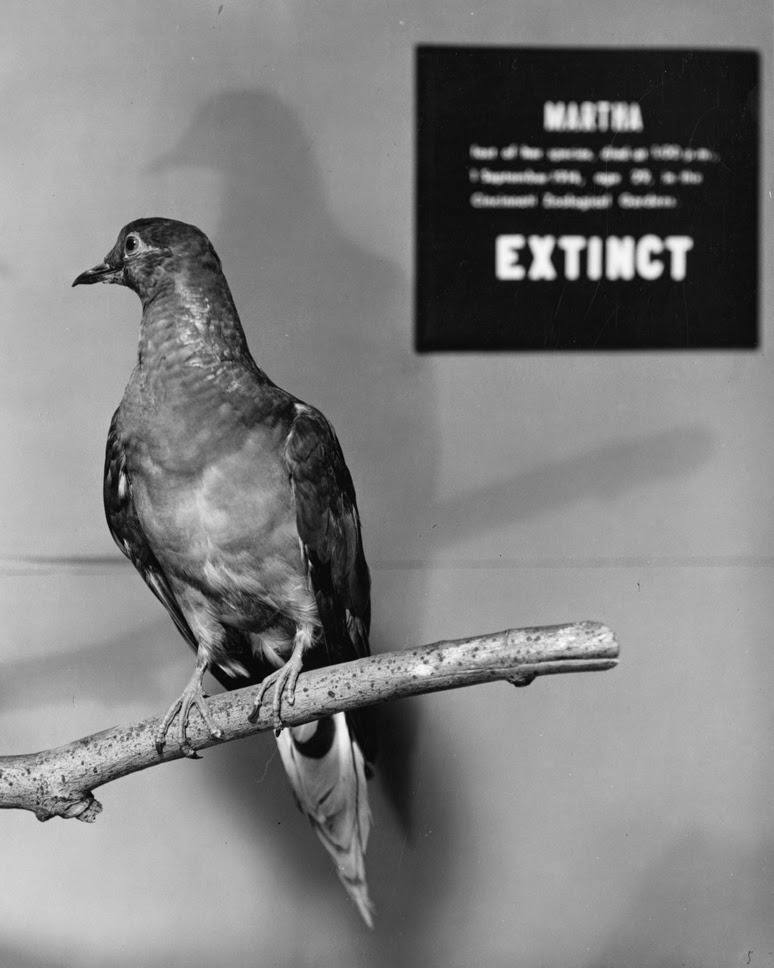 I spotted a typo on Slate the other day in the sentence: "Police Say Police-Tracking Function in Waze Endagers [sic] Police." When I looked for it again a few minutes later, it was no longer there: the typo had apparently been corrected, naturally causing me to doubt whether I had actually seen it at all. But good for them if they did fix it—now it's your turn: Endager* turns up once in OhioLINK, and 166 times in WorldCat. And speaking of endangered species, passenger pigeons were once rife in North America, flocking together and blackening the skies. They quickly grew imperiled as hunters dispatched them with abandon, for both their meat and other attributes—in 1822, according to Wikipedia, "one family in Chautauqua County, New York, killed 4,000 pigeons in a day solely for their feathers." On September 1, 1914, they went extinct, with the death of "Martha" (the last of her kind, gamely named for our first First Lady, Martha Washington) at the age of 29 in the Cincinnati Zoological Garden.
(Martha, date unknown, from the Smithsonian Institution Archives, and Wikimedia Commons.)