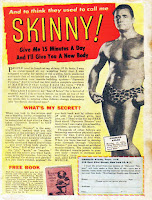 Skaneateles. A word I wouldn't blame anybody for not knowing how to spell. Or pronounce. Or define. So let's start with the last one first. Skaneateles is a town in central New York; the name means "long lake" in Iroquois. The spelling is what it is, and you can either devise a way to memorize it or you can't. The fascinating part, though, is the pronunciation. It's essentially "Skinny Atlas." However, and as fun as that is to say, there are some who insist on saying otherwise. "Skin-IT-alies," swears one of these, evoking a nationwide chain of low-cal Little Italies. A friend of mine once thought that it was SCAN-a-teals; despite having been scandalised for years by his parents' talk of honeymooning in "Skinny Atlas," he didn't recognize the name as the same when he later saw it on a sign. It's okay to be different, to be little, and even to be skinny, but don't let today's burly typo kick sand in your face. Altas* + Atlas* (for Atlas* or Altas*) was found 14 times in OhioLINK, and 571 times in WorldCat.