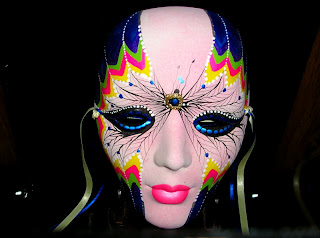 Today is May Day, and a day rich in anniversaries, so we chose the most prevalent typo for this word - aniversary. If Elvis had stayed married and alive, he would be celebrating his 40th anniversary with Priscilla today. Fifteen years ago today, Rodney King asked if we could all just get along. More recently, on May 1, 2003 President George W. Bush made his "mission accomplished" speech. This appears to be one of those words that people aren't sure how to spell - that's why there are nearly a million hits for aniversary in Google. In our pages of typographical errors, this makes the B list
Naturally, there are other variations in the lower lists, such as 'Anniversay.'
Posted by librarytypos at 6:08 AM