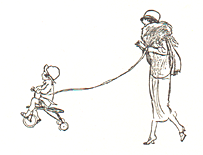 When A. A. Milne wrote the rollicking line "James James Morrison Morrison Weatherby George Dupree…" there could only have been one person answering to that handle. But some names are so similar they give rise to a highly ambiguous typo: Jame can be a misspelled reference to either James or Jane.
(It can also be a correctly spelled foreign-language word, or a surname, or even—given the creativity some parents are seized with when it comes time to label the baby—a quirky English forename.) This probable typo pops up 133 times in OhioLINK. You may have to do some checking to figure out whether your "Jame" is a Jane or a James, although you can often determine that from the context, as names generally appear more than once on a bibliographic record.

Loved that poem! Childhood memories. Thanks for quoting it.