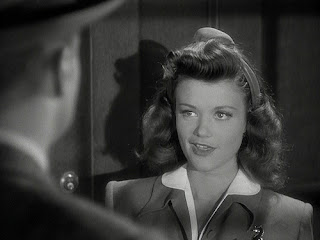 In a 2008 documentary about RKO Pictures' horror honcho Val Lewton, Martin Scorsese discusses what set this writer-producer apart from your average shockmeister. While frustrated in his low-budget, B-movie niche, Lewton made nine films that "moved and spoke in a different way." They "satisfied the demand for horror, but they delivered much more," says Scorsese, adding that "horror is what causes physical revulsion; terror is what causes fear." In the movie Cat People, no one fears Irena's feline leanings more than the catlike character herself, played by Simone Simon. Val Lewton had that certain something extra that could turn an ordinary walk in the park into something eerie and dark—and turn ordinary entertainment into art. Today's typo has an extra R in it, drawing out the syllable the way Lewton drew out the suspense (which all started with Irena drawing pictures of a panther at the zoo). There were 22 instances of Terrr* in OhioLINK this morning and, while only a couple were actually typos for terror* (this one covers a lot of territory), you never know what might be lurking right around the corner.

(Simone Simon in the 1942 Lewton classic Cat People, from Flickr.)

This Terry happens to love Val Lewton films, especially The Cat People. The scene where the bus pulls up suddenly and opens the door made me jump out of my skin on first viewing.