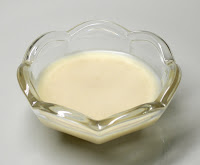 Our typos for today are for the word tomorrow and they appear to comprise two different kinds of errors. The more common one arises out of confusion over the consonants preceding a change in syllable: Are there two M's there or one? Is that one R or two? The second type apparently stems from familiarity with the word marrow, as opposed to the somewhat antiquated morrow. There are 58 instances of Tommorrow* in the OhioLINK database, 22 of Tommorow*, and eight of Tomorow* (two of which are proper names). Moreover, we found nine cases of Tomarrow*. Some people like to simplify their spelling by cutting straight to the marrow ("Melvil Dui" was one of those, though his elisions were made with purposeful zeal), whereas other people tend to pad their words with superfluous letters. At any rate, catalogers need to be both consistent and correct, so why put off till tomorrow any edits you can get started on right now?