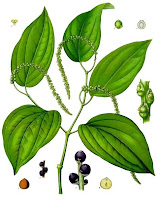 According to the London Guardian yesterday, 7,000 unsold copies of an Australian cookbook called The Pasta Bible were pulped by the publisher after a reader wrote in to complain that a recipe for tagliatelle with sardines and prosciutto also called for adding "salt and freshly ground black people." (Soylent Black, anyone?) The publisher dismissed the predictable outrage, calling it a "silly mistake" and pointing out that his proofreaders were focused on catching inaccuracies in ingredient amounts, a far more common concern when it comes to cookbooks. In any event, this one is sure to go down in the annals of expensive typographical errors (the mea culpa is expected to cost Penguin $20,000). Poepl* is peppered liberally throughout OhioLINK, 39 times to be exact.