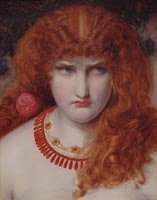 We all know the story of Helen of Troy, but what about Helen of Troy, New York? That was the title of a 1923 "musical spoof" by George S. Kaufman and Marc Connelly, from a 1904 novel by Wilfrid S. Jackson. It was performed 191 times in New York City (in a nice coincidence, it featured the Broadway star Helen Ford, who had originally hailed from Troy herself) and then went on the road for another ten years before falling into relative obscurity. Now it has finally been returned to its rightful owners. Local historian and first-time director Don Rittner, who stumbled upon the largely forgotten script at the Troy Public Library last year, says the satirical farce had never been produced before in the city that bears its name. This oversight, he thinks, was likely due to objections by (or fear of offending) the owners of Cluett, Peabody & Company, widely known for their "Arrow Collar" men's attire. The playwright openly disguises the firm by dubbing it "Yarrow Collars." (Troy is known to this day as the "Collar City.") When I showed this image of Helen of Troy to the friend I had seen the play with, he drily enquired: "So that's the face that launched a thousand ships?" I like to think the model might have been the artist's sullen tween (Sandys appears to have had over a dozen kids), but whoever she was, I adore the way he portrays every simmering inch of her plump, pouting, fantastically pissed off visage. (Others will disagree.) Be circumspect with respect to today's typo: you may find correct spellings of both Helen and Hellen, along with Hellenic, Hellenistic, Hellenize, etc. That said, we got 339 hits in OhioLINK, and "too many records found for your search" in WorldCat. (Minus the truncation symbol, there were 48 in the former and 747 in the latter.)