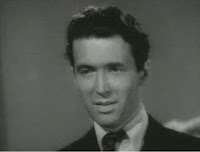 I'm not going to sit here and filibuster all day, but let me just ask you this: When you sent your representative off to Congress, did you expect him to just set there? Or did you want her to actually do something? In the movie Mr. Smith Goes to Washington, James Stewart's eponymous politician scarcely even sits down, much less fails in his aims, once setting foot in our nation's capitol. Not that there wasn't corruption and excessive partisanship going on there—au contraire. But what Mr. Smith (the most seemingly generic of all American surnames) brought to the Hill was both passion and perseverance, fueled by a genuine love for the little man/woman/and child. He had integrity, honesty, decency, and drive. Apparently, that's all it takes. Remember that the next time you want someone to represent you. Represet* was found 16 times in OhioLINK, and 392 times in WorldCat.