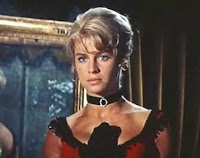 Complimentary medicine is a common spelling error for complementary medicine and a keyword search in OhioLINK gets 11 hits (ten typos and one case where the two words are correctly spelled and unrelated in the text). Searching on Compliment* + Complement* finds 33 records (one with an [i.e.], several where the former, not the latter, was intended, and another too ambiguous to be sure of either way). A number of these are for The Academy of Complements, published in the 17th century. But it all puts me in mind of an old family story in which my great-grandmother, who prided herself on the correct use of English, once greeted the doctor during a house call with the query: "Aren't I good-looking?" She had obviously meant to say, "Aren't I looking good?" but there was apparently nothing in the doctor's little black bag to cure her resulting chagrin. Still, I can't help wondering whether medicine perhaps should be a bit more complimentary. In an episode of Seinfeld, Jerry decides that "God bless you" is a silly thing to say after a sneeze and that "You're so good-looking!" would be preferable. I'm with him and feeling much better already, thanks.