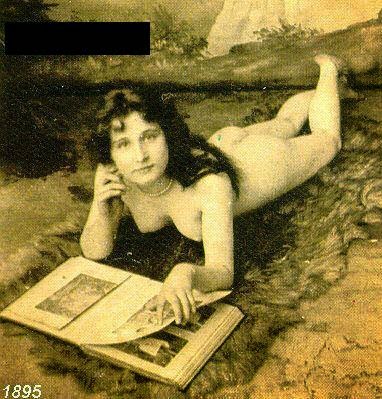 Evidence in a murder trial was rapidly mounting against the defendant, who had once written: "I want to touch places in you that you knew not existed..." Which is kind of an interesting way of putting it. Although perhaps not technically incorrect, it does appear to be rather gratuitous, managing to sound at once both overly dirty and excessively dated. So, tell me, what is the difference between an amateur pornographer and an expert erotica writer? Is it grammar? Syntax? Word order? Style? The author of the above statement is certainly no pro, but simply a woman having an extramarital affair and using email to talk about it. And while that sentence itself may be somewhat confused, the reader actually isn't. We basically understand what she's saying, but it amazes me nonetheless how much worse some people write than talk. It seems that the words themselves get all mixed up as they travel from brain to page. It's like that old joke (?) about men "thinking with their penises," and I suppose women in the throes of desire often do something quite similar. There was one instance of Porngra* in the OhioLINK database, and about a dozen or so in WorldCat. Today I'd like to touch you some typos that you knew not existed—and then make sure that they longer no do!
(Vintage erotic photograph, from the Uwe-Scheid-Collection, circa 1895, from Wikimedia Commons.)