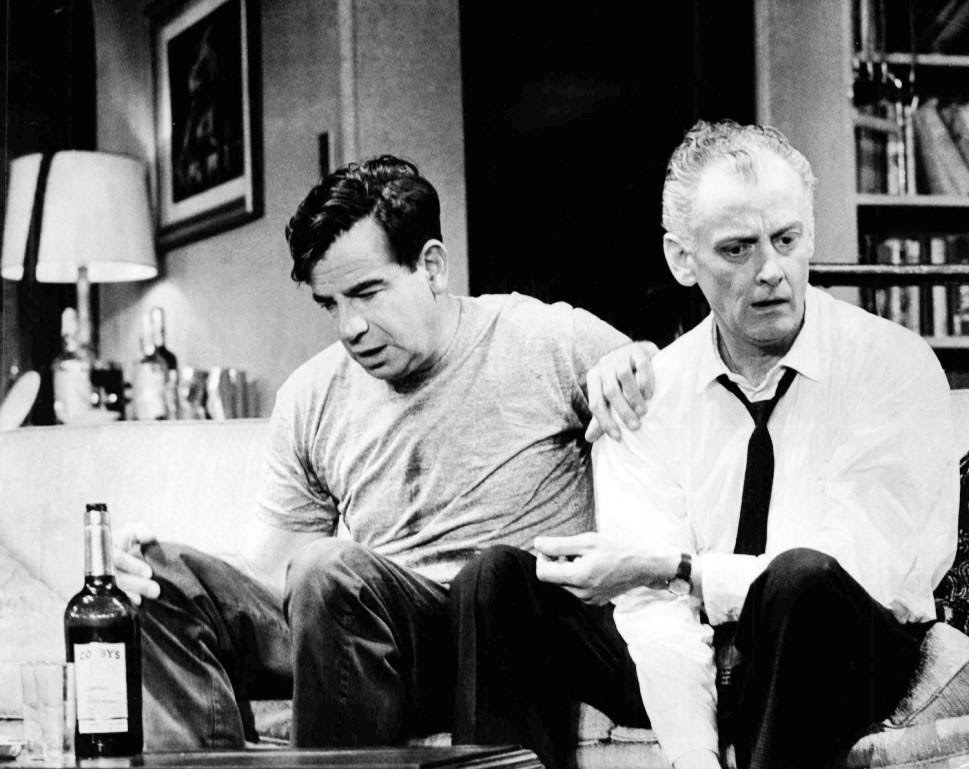 July 4th is the birthday of playwright Neil Simon, who once said, “If no one ever took risks, Michaelangelo would have painted the Sistine floor.”

Best friends Felix and Oscar, Simon’s Odd Couple, took a risk in living together, and drove each other crazy. Here’s one of my favourite rants from Oscar, in the film adaptation:


In the end, the friends grew closer and rubbed off on each other. Simon himself took a risk in significantly rewriting the final act of the play based on feedback from Boston critic Elliot Norton. The script won a Tony, so I’d say this risk paid off as well.

(Image of Walter Matthau and Art Carney in The Odd Couple on Broadway, 1965, by Henry Grossman, courtesy of Wikimedia Commons)
Posted by librarytypos at 5:00 AM