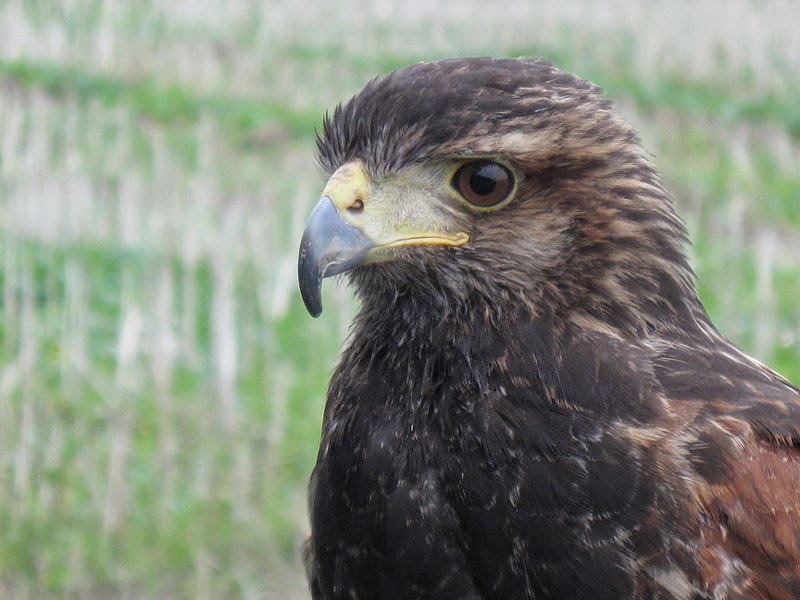 It’s possible the biggest—or at least most steadfast—champion at the Wimbledon tennis tournament is a 1-pound 6-ounce Harris hawk named Rufus.  The courts at that venue are covered in luscious ryegrass, which, as it turns out, is a great favorite of the local pigeons.  Enter Rufus.

No, it’s not what you’re thinking!  This well-trained, well-mannered bird of prey is employed year-round (along with his falconer) to patrol the grounds and scare off would-be marauders.  Rufus is such a hit that he even has his own beer commercial.  Imagine his stately tones proclaiming:

Hello pigeons, my name is Rufus …. I’ve been a member of Wimbledon security for fourteen years …. I’m faster than you, stronger than you …. I have nothing against pigeons.  I’m a professional. I don’t mind what you do—as long as you don’t do it on my turf.  You’ve been warned!

Or better yet, check it out here.

Then get to work chasing down that pesky error Tennn* in your own catalog.  There are 3 English-language entries for it in the OhioLINK catalog and 53 in WorldCat.