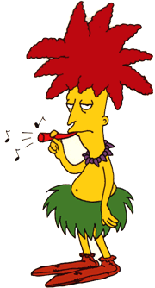 Bertrand Russell relates the story of how "Pope Gregory the Great wrote to a certain bishop a letter beginning: 'A report has reached us which we can not mention, without a blush, that thou expoundest grammar to certain friends.' The bishop was compelled by pontifical authority to desist from this wicked labor, and Latinity did not recover until the Renaissance..." To this day, matters of grammar can make people sanguine (in the medieval sense) and one can also see why they might think the word itself is spelled Grammer, especially insofar as its meaning as a pedagogical text goes (think primer). One might expect a metaphorical rapping of the knuckles, though, the moment such spellers go adjectival; in the case of grammatical, the A is clearly heard. In any case, it appears that grammer was the accepted (or an acceptable) spelling prior to the 17th century (along with gramer and gramayre), but by the 1600s, writers like Francis Bacon and John Milton were already spelling it grammar, according to the Oxford English Dictionary. This is a "high probability" typo on the Ballard list and worth searching your catalogs for, but be careful of proper nouns (like Kelsey Grammer), place names (like Grammercy Park), and older forms of the word.

Carol Reid
Posted by librarytypos at 7:00 AM