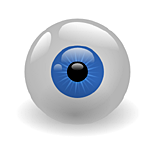 Innoculate is a typo symptomatic of a common confusion over its spelling, caused by an innocent comparison with the word innocuous. Inoculate has only one N, making it a popular tripper-upper in spelling bees. (Bee venom, by the way, has been used to inoculate people against a host of diseases.) You have a good chance of catching this bug in your catalog as it turns up on the "high probability" section of the Ballard list. My own OPAC had half a dozen outbreaks, and OhioLINK, with 20, was not immune either. Innocuous comes from the Latin prefix in- (meaning "not") and nocuus (meaning "harmful"), whereas inoculate comes from the Latin preposition in- (meaning "into") and oculus (meaning "eye"). Given that inoculate can also mean "to introduce an idea or attitude into the mind of," remembering the roots of these words may help to prevent the spread of this typo in our library databases. Let's give it a shot.