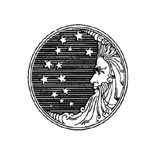 Proctor & Gamble is a typo of the "highest probability," according to the Ballard list, and it's easy to see why. As a society of test takers, we're accustomed to being proctored and taking a gamble on the right answer. Procter and Gamble were a candlemaker and a soapmaker who married sisters and became business partners in 1837. William Procter may have tested his products before turning staples like Ivory Soap and Crisco into household names, but he spelled his own name differently than those other sharp-eyed testers (who often appear nearly as ancient to their sweaty-palmed charges). Another nervous reason people might tend to make this mistake is that in Arthur Miller's play The Crucible, John Proctor is accused of being in league with the Devil—as was Procter & Gamble itself when some conspiracy theorists with too much time on their hands started a rumor that the P&G logo was "satanic." This typo appears 32 times in OhioLINK, five times in my own library's catalog, and 737,000 times on Google (about half as many hits as you get for the correct spelling).