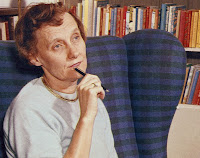 Pippi Longstocking—the popular, long-stocked staple of library children's rooms everywhere—made its striking debut in 1945 and only grows more beloved with time. Astrid Lindgren's spunky protagonist* has been depicted in a lot of different ways, but always tunt, which in Swedish means "thinly, slimly, or lankily." Pippi, however, is more than just skinny: she's as strong as ten men and equally strong-willed; she has outrageous, gravity-defying pigtails and freckles; she doesn't go to school; and she owns her own house called Villa Villekulla. She also has a monkey and a horse (both of whom live at home). Every problem for Pippi is a challenge easily overcome, and every chore an opportunity for fun. (I always loved the way she would tie scrub brushes to her feet and skate around the house while washing the floor.) Pippi is also a self-described "thing finder." We found today's thing a total of 23 times in OhioLINK. If Opportunt* knocks on your catalog as well, just try and make a game of it and I'm sure you'll skate through 'em in no time!

(Astrid Lindgren in 1960, from Wikimedia Commons.)