Oinion* (for Opinion* or Onion*) 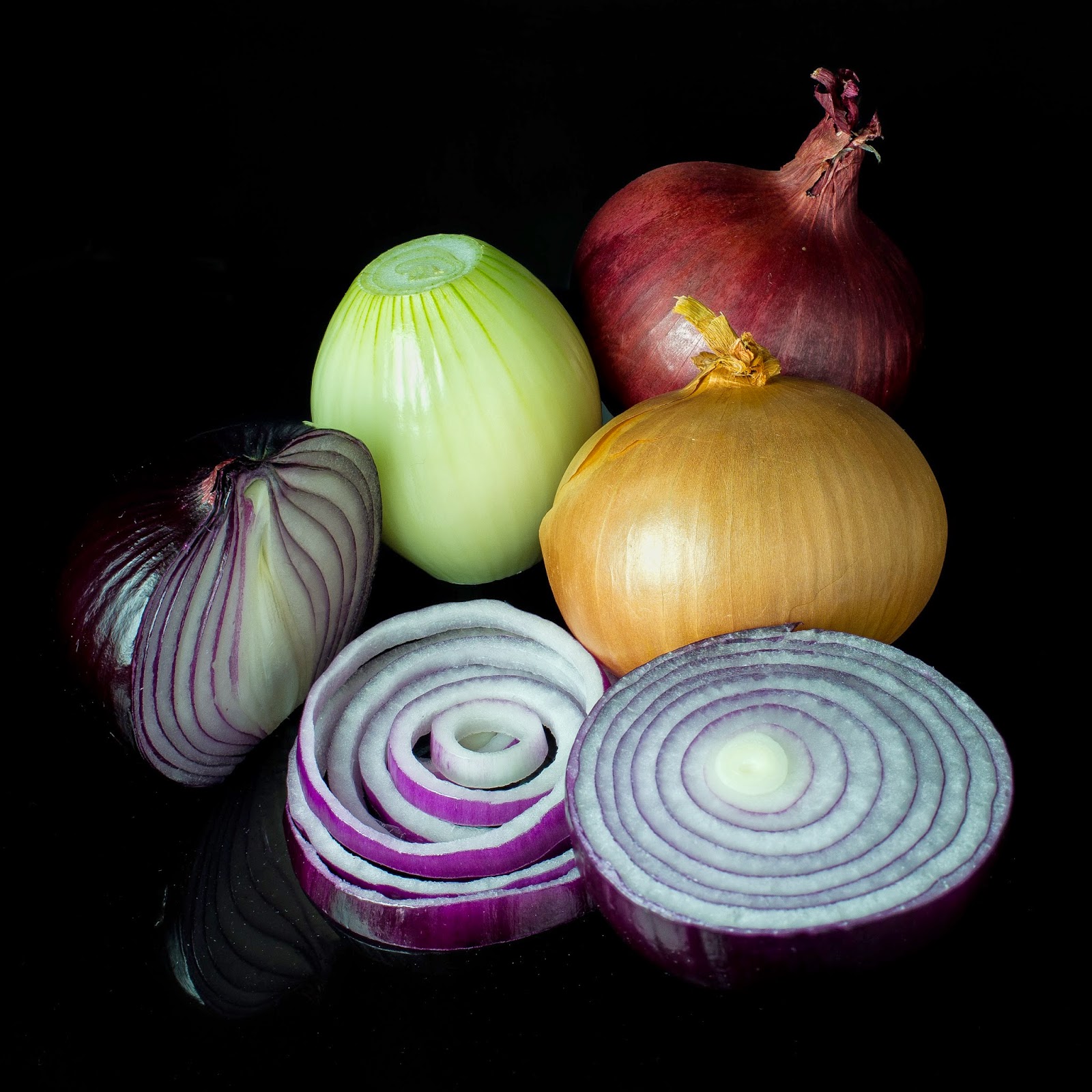 With regard to some murder mystery or other recently, a commentator commented: "This is an onion that continues to unpeel." Which sounds laughably wrong at first, until you consider the alternative: "This is an onion that continues to be peeled" is arguably even worse. And not to make you hypercorrect grammar nazis cry, but it appears in fact that unpeel may actually be acceptable. (The adjective unpeeled is not in dispute.) It's sort of like ravel/unravel, flammable/inflammable, thaw/unthaw—words that look like total opposites, but in fact mean pretty much the same thing. There was another mystery of sorts in my garden this past summer, in which some plants that looked a little like forgotten garlic, unharvested from the year before, started to turn up as I turned over the soil. I thought perhaps they were stunted garlics with tiny bulbs (which I now know as "field garlic"), though a fellow grower was of the opinion that they were probably wild onions. They're very tasty, but rather hard to peel. I only wish they could "unpeel" themselves! We uncovered just one Oinion* in OhioLINK today, along with 14 in WorldCat.
(Mixed onions, 15 June 2013, from Wikimedia Commons.)