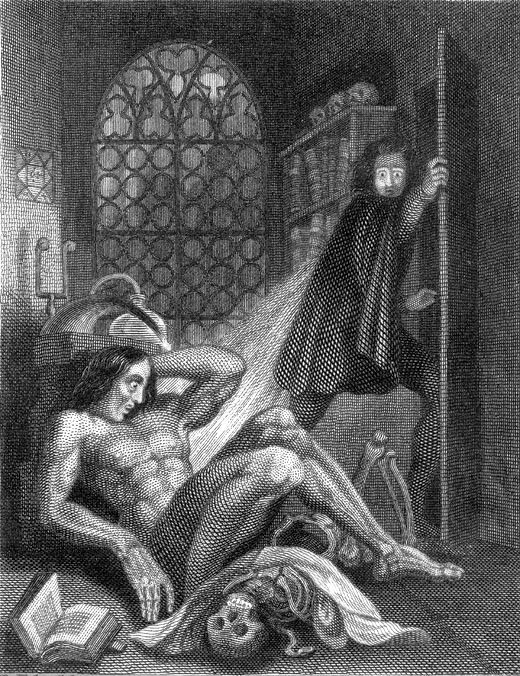 Today is the anniversary of the publication of what many consider to be the first science fiction novel: Mary Shelley’s novel Frankenstein; or, The Modern Prometheus. Why yes, I am nerdy enough that I use the full title – and don’t go doing your best Boris Karloff impersonation and calling yourself Frankenstein around me.  That’s Frankenstein’s Monster.  Victor Frankenstein was the name of the man who created him, not the reanimated man himself.

That’s what really hit home for me on a recent reread--the poor reanimated guy never even got a real name.  I wonder what he would have called himself?  Personally, I like to go with Eugene.  It seems like a nice intellectual name to me, as the “monster” in the book is actually quite smart and philosophical, reading books such as Paradise Lost and musing on his own situation.

Shelley herself experienced quite a bit of sadness, so it’s no wonder she wrote such a lonely tale.  Only one of her four children lived, and Frankenstein was written after the death of her daughter Clara, who only lived 11 days.

Frankenstien is a low probability typo that occurs just over 30 times in Worldcat.

(Illustration from the revised edition of Frankenstein by Theodore Von Holst, courtesy of Wikimedia Commons)