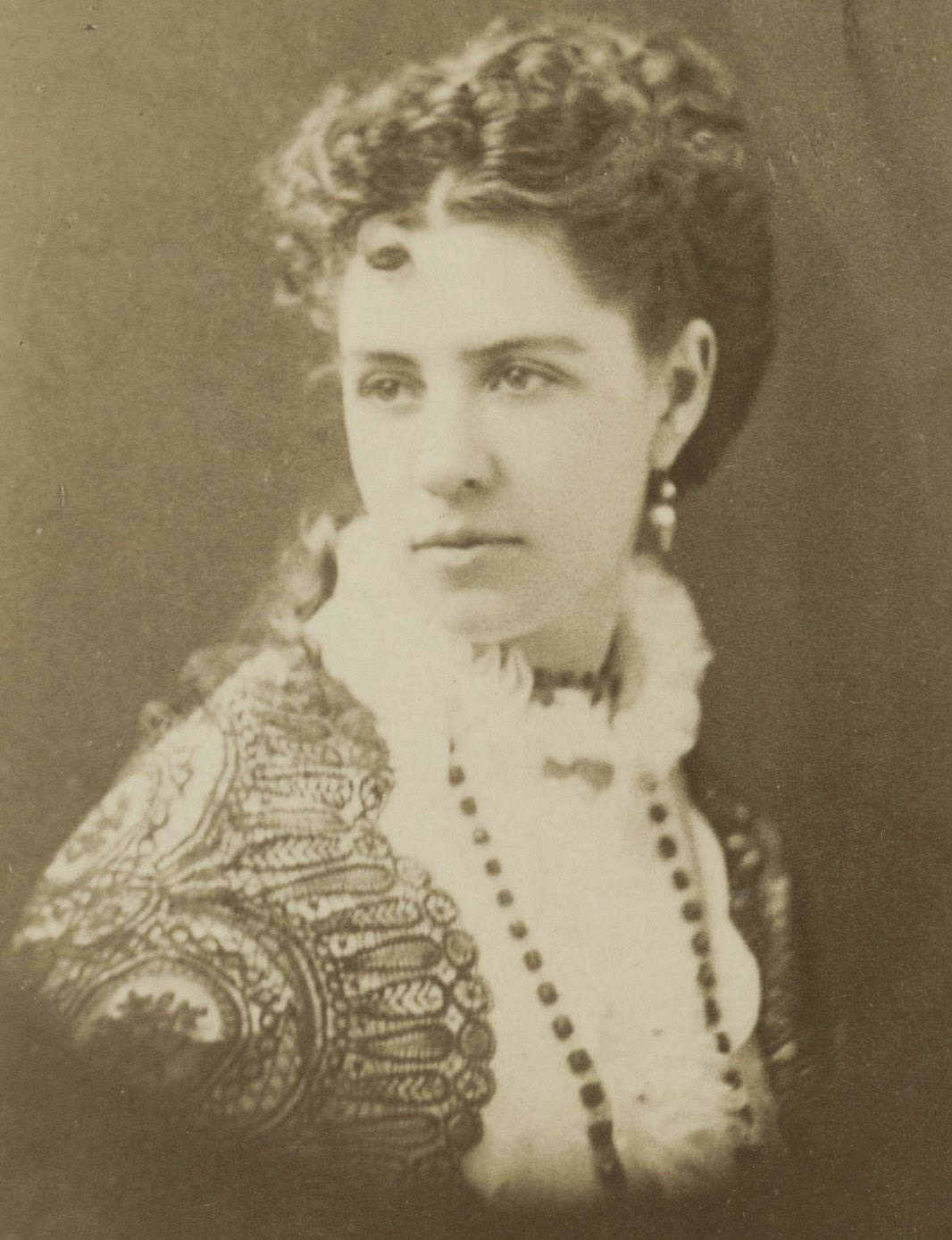 Recently a job posting arrived in my email box. It read in part: "The work involves responsibility for entry level professional librarian duties. Employees in this class are expected to learn the specific applications of professional training by the performance of cuties under the supervision of professional librarians in higher level positions..." (You know, I'm not really looking for employment at the moment, but I'd love to see that job performance!) Unfortunately, I couldn't find any typos worth mentioning for either the one here or its intended word, so we'll have to go with Morman* today instead. One librarian who was a definite cutie, and one who also performed her duties—and then some—was Ina Coolbrith, dubbed the "Sweet Singer of California." Coolbrith, born in 1841 and the niece of LDS founder Joseph Smith Jr., had moved with her mother from Illinois to California to escape Mormonism as a young girl. She found work as a librarian in Oakland and San Francisco, for the Bohemian Club and the Mercantile Library Association, but her true calling was poetry. She was the first California Poet Laureate, as well as the first poet laureate in the nation. Coolbrith garnered the respect of Mark Twain, Ambrose Bierce, John Muir, Bret Harte, Charles Warren Stoddard, Alfred Lord Tennyson, Adah Menken, and other well-known California artists. Muir once sent her a box of cherries, suggesting she apply for the job of librarian at the San Francisco library, a position that had just been vacated by John Vance Cheney. Coolbrith thanked him for "the fruit of your land, and the fruit of your brain," but added: "No, I cannot have Mr. Cheney's place. I am disqualified by sex." (San Francisco insisted at the time that their librarians be men.) Coolbrith's librarian days were not especially rewarding ones. She got paid less than a man, and was ultimately fired from the Oakland Free Library, where a trustee was quoted as saying, "We need a librarian not a poet." Coolbrith mentored both Jack London and Isadora Duncan as children. In her autobiography, Duncan mentions that Coolbrith had always been pleased with her book choices, and admits she didn't find out till much later that the poet was also apparently the great love of her married father's life. Jack London called her his "literary mother." Tragically, much of Coolbrith's writing and personal papers were destroyed in the San Francisco earthquake and subsequent fire; it seems she only managed to save her cat. However, her many friends and supporters came to her aid and did what they could to ensure her legacy nonetheless. The book Ina Coolbrith: The Bittersweet Song of California's First Poet Laureate, by Aleta George, was just released last month. There were 147 cases of Morman* in OhioLINK, and "too many records found for your search" in WorldCat. Some of these, you should note, might be properly rendered foreign names and words, or antiquated spellings. Consider searching on both truncated terms (Morman* + Mormon*) to limit your results.
(Portrait photograph of Ina Coolbrith, taken in San Francisco at the Louis Thors studio, approximately 1871, courtesy of Wikimedia Commons.)