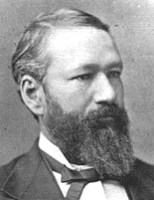 OhioLINK holds three typos apiece for policy: Plicy and Ploicy—who sound a bit like an old vaudeville act or maybe a Marx Brothers movie law firm (see Dewey, Cheatem & Howe). Homer Plessy, with neither a black face nor a crack legal team (although they did their best in the early days of Jim Crow), was a Creole "octoroon" who, much like Rosa Parks a half century later, was enlisted by civil rights advocates to serve as a test case for racial segregation. (The ambiguity of his coloring allowed his lawyers to argue that the lack of clear-cut racial categories made segregation on this basis an "unreasonable" use of the state's powers.) In 1892 Plessy was arrested and jailed after seating himself in the "white" section of a Louisiana railroad car. The Supreme Court upheld his conviction in Plessy v. Ferguson, ruling that while blacks were not to be regarded as inferior to whites, it was okay to separate the races as a matter of public policy, thereby introducing the phrase "separate but equal" into the American lexicon. This famous decision, which governed race relations for the first half of the 20th century, was overturned in 1946.

(Portrait of Homer Plessy looking placid and firm in his resolve.)