Regan + Reagan (for Reagan or Regan) 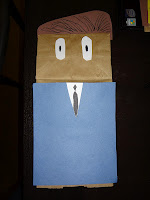 It was a wild and crazy time for typos last week, most notably those from the Mitt Romney camp. Like spelling bee bloopers, typos can often be surprisingly ironic. Romney seemed to have had some problems with the words America ("Amercia"), official ("offical"), and Reagan ("Regan"), prompting at least one skeptic to consider the possibility that he was doing it all on purpose. After all, bad press is often better than no press, with the usual caveat: "As long as they spell your name right." Speaking of which, I thought Bill Maher hit just the right note with his Real Time gibe the other night: "I think we're going to find out that Mitt is actually dyslexic and his name is really Tim." But back to the issue at hand, so to speak—we all make typos once in a while. Even Barack Obama, who once spelled Libya "Lybia" and Syracuse "Sycacuse." According to Slate, in his 1995 memoir, Dreams from My Father, Obama "misspelled rebel slave Denmark Vesey’s last name as 'Vescey' and misspelled anti-colonist Frantz Fanon's first name as 'Franz.'" We've already blogged here about Amercia and Offical, so it looks like we're stuck with Regan today (and Romney for six more months, at least). Regan + Reagan occurs 29 times in OhioLINK and 338 times in WorldCat.