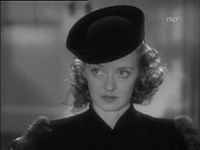 Most of us would rather make an appointment to see one and be made to read that last little line of letters on the wall than have to spell the word ophthalmologist. William Proctor, in The Terrible Speller, shamefacedly owns up to having written a book in which he consistently misspells it throughout. "Pronounce the word correctly," he says, "and you'll greatly increase the odds that you'll spell it correctly." Ophtalm*, Opthalm*, and Ophtham* are charted as "high probability" typos on the Ballard list (with Optham* and Opthom* showing up lower down). This eye-popping word is difficult to pronounce and even harder to put together. Simply put, one needn't be a visionary to know that it spells trouble. (In a must-see performance, Bette Davis is kept in the dark by her doctor husband about an inoperable brain tumor in the film Dark Victory.)